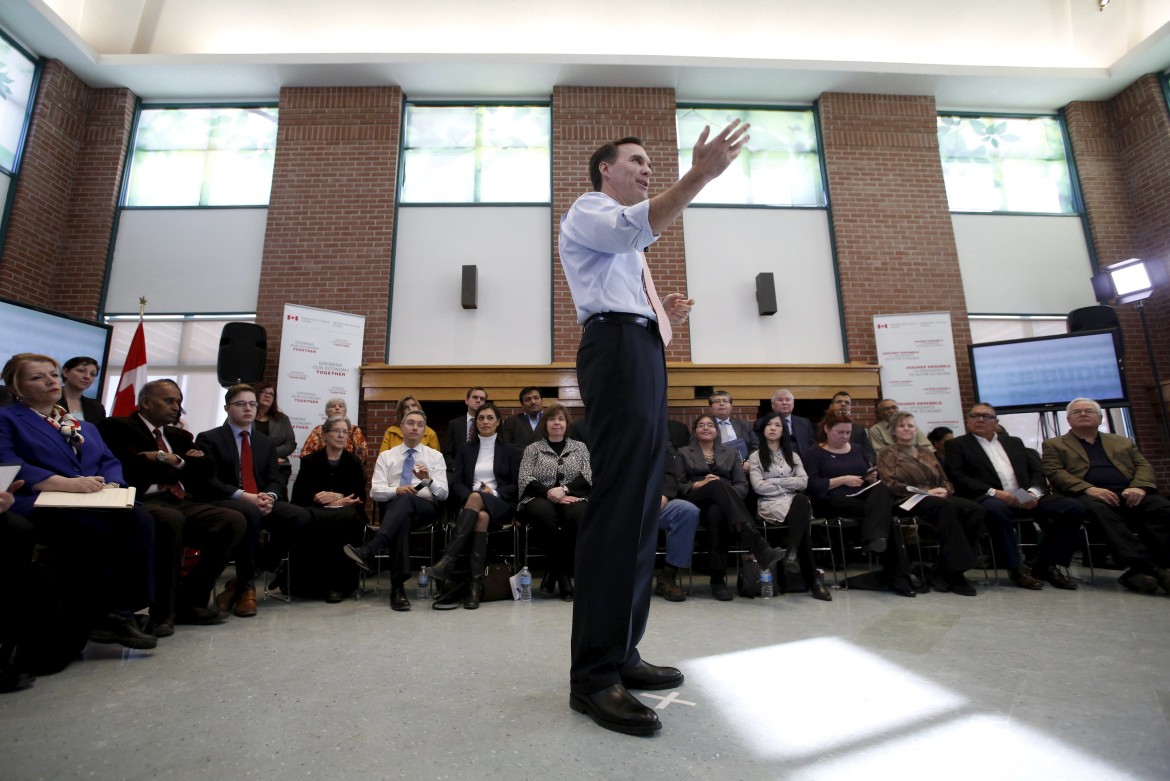 The federal budget will be released on March 22 to address the government’s long-term plan for the economy, announced Financial Minister Bill Morneau in Ottawa on Monday.

The Liberal government had originally pledged during their election campaign that they would run three consecutive budget deficits of no more than $10 billion a year.

“I know the cries will get louder over the next few weeks, but I won’t have budget 2016 simply become a kneejerk reaction to recent economic shifts,” said Morneau. “We’ll be acting out of reason.”

Morneau emphasized that Canadians making investments in the economy, rather than the government making cuts, will help overcome the economic slump.

“We were elected to a fundamentally new approach to growing our economy. We said to Canadians that a time of low-economic growth the right thing to do is make investments in the economy,” said Morneau.

“The wrong thing to do would be to make cuts.”

Interim Conservative Leader Rona Ambrose fired back at the Liberal’s plan on spending more than what they promised in their campaign.

“Right out of the gate their $10 billion commitment has been blown. The economy is starting to slow, and lets not forget that there are over 200 elections promises are actually not promises to stimulate growth,” said Ambrose.

Weaker economic growth resulted in cutting the 2016 projection for Canada, which was forecasted in November, from two per cent to 1.4 per cent. The gross domestic product growth for 2017 still remains at 2.2 per cent.

The increased projection of the deficit raised questions on whether or not there would be a tax hike. Morneau said the government will not be considering any tax changes at this time.

Morneau is scheduled to meet with the House of Commons finance committee on Tuesday.