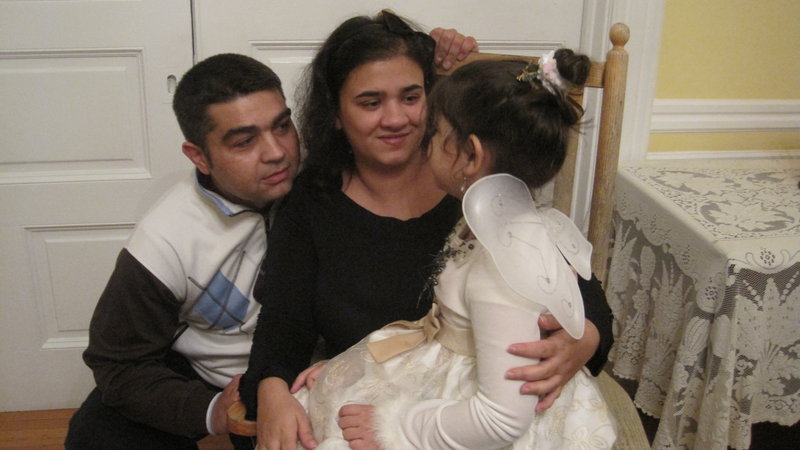 A Roma family who once sought refuge in Canada, and was deported in 2014 is being allowed to return, and apply for permanent residency status once again.

Jozsef Pusuma, his wife Timea Daroczi and their daughter Viktoria have been granted temporary residency permits by Refugee and Immigration Minister John McCallum so they can return to Canada and try to gain permanent residency.

The news was made public yesterday by Rev. Alexa Gilmour and announced during Sunday service at Windermere United Church, where the family stayed in hiding for more than two years before being forced to return to Hungary.

“They’re wonderful people,” said Gilmour, “They fed us and were being such a big part of our community. They were always actively giving as much as we were giving to them. It’s going to be so exciting, it’s going to be quite the party when they come back.”

The family’s original immigration lawyer was Viktor Hohots, who represented more that 5,000 Roma refugee claimants, mostly legal aid cases between 2009 and 2013. In March 2015, Hohots admitted to professional misconduct for not adequately preparing some of his client’s claims for asylum, including Pusuma’s.

Bernie Farber, the former CEO of the Canadian Jewish Congress and a social activist who worked with the Pusuma family directly, said via email that there is hope for other Roma refugees who have had cases dismissed because of lawyers like Hohots.

“Indeed, especially for those whose case lawyers have been fined or otherwise from the Ontario Bar association. There is a new feeling in this land one that places compassion over darkness.

Before Trudeau was elected there were protests and petitions, one with over 40,000 signatures, that seemed to be ignored by the Harper government.
“It was always the right thing to do and we knew that. But we started to despair that our government would do the right thing. Clearly this is a very different government than the past one, in less than three months we’ve seen this change that fell on deaf ears for years,” Gilmour said,”I think hopeful is the word that really captures it.”

Farber also spoke about how the Pusuma family’s case could have been handled differently.

“Their lawyer bungled the case and as a result they lost their chances in immigration court. Once that was made clear the government of the day ought to have called a new hearing. In my view a fair and impartial refugee adjudicator would have reached a far different conclusion with all the facts properly presented.”