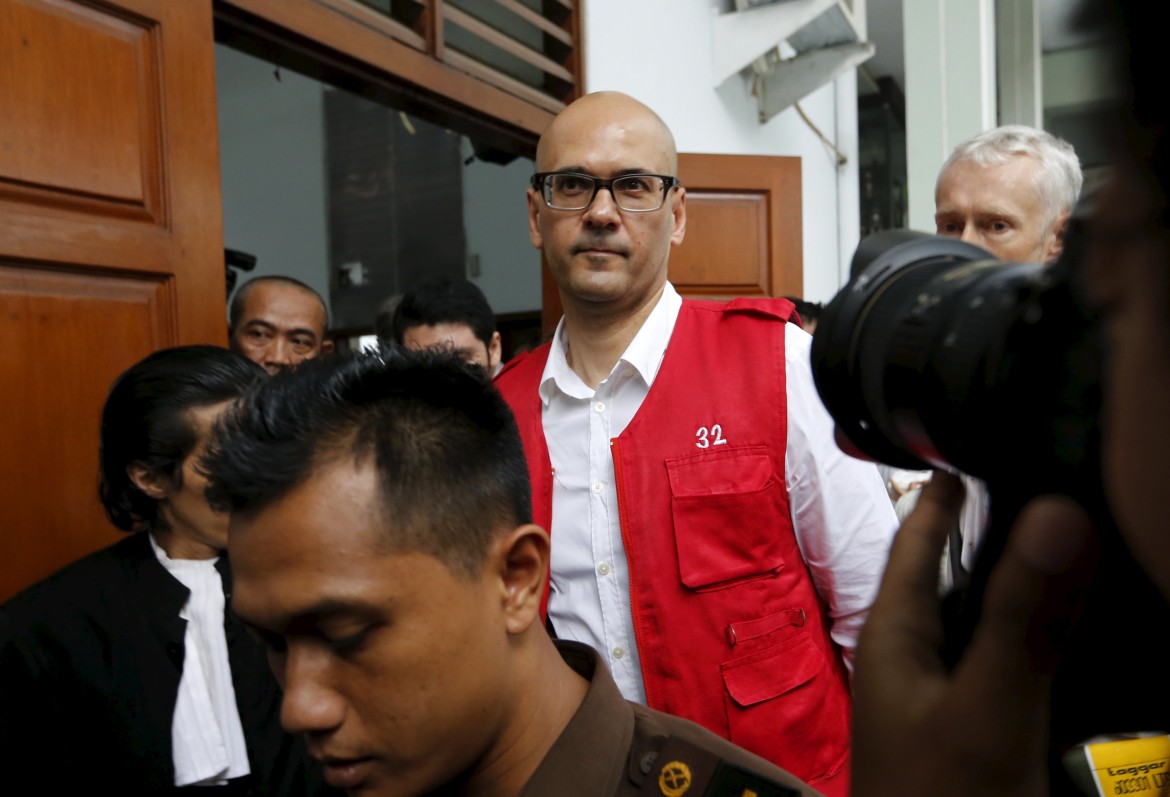 Canadian teacher Neil Bantleman walks during a break in his trial during the verdict at South Jakarta’s Court, Indonesia, in this April 2, 2015 file photo. Indonesia’s supreme court has overturned the acquittal of Bantleman and Indonesian teaching assistant Ferdinand Tjiong. (REUTERS/Beawiharta/Files)

The case of Neil Bantleman took another strange turn as the Supreme Court of Indonesia upheld and extended his sentence Thursday on charges of sexually abusing children. It is the latest twist in what is becoming the one of most high profile cases of a Canadian being imprisoned overseas.

After sentencing in April of 2015, Bantleman and his co-accused, Ferdi Tjiong, won an appeal last August which saw them acquitted of all charges. The prosecutor appealed that decision and the Supreme Court of Indonesia struck down that acquittal, adding one year to both men’s 10 year sentences.

“The Government of Canada is deeply dismayed and shocked that the Supreme Court of Indonesia has overturned the Jakarta High Court’s acquittal of Neil Bantleman and his Indonesian co-accused, Ferdi Tjiong, based on lack of evidence,” Minister of Foreign Affairs, Stephane Dion said in a statement.

This lack of evidence was brought to light in a recent episode of CBC’s The Fifth Estate, detailing false or non-existent information that was used to convict the two men.

Mark Kelley, co-host on the show, told umber News the basis of the prosecution theory of events was most troubling.

“Almost the entire case rests on the testimony of three, six-year-old boys who were not really reliable witnesses, and yet the court has taken their word,” Kelley said. He also pointed out that the court refused to believe the character testimony from Bantleman’s friends and colleagues.

Neil Bantleman (L) waves beside Indonesian teaching assistant Ferdinand Tjiong to students as they wait inside a holding cell before their trial at a South Jakarta court, Indonesia, April 2, 2015. REUTERS/Beawiharta TPX IMAGES OF THE DAY

“I’m surprised they made a decision today because the issue is that nobody knew that the Supreme Court judges were deciding the case this week,” Kelley said.

“From what we understand, the panel of judges – it’s three judges – they were named and sat down on Monday, and came out with a ruling on Wednesday, and there is a concern from Neil Bantleman’s legal team that they didn’t spend a whole lot of time reviewing this case and yet still found something in there to overturn it.”

According to Kelley’s sources, Bantleman and his wife were on vacation in the Indonesian island Bali when the news was released and have flown back into Jakarta to meet with Canadian embassy officials.

Thursday’s decision was a letdown for Bantleman and his family. His brother Guy told the CBC “He’s [Neil] devastated. We obviously thought we were very close to the end of this process and from what we understood things were moving in our favour — and this came completely out of left field and caught us all off guard.”

However Kelley said Bantleman’s lawyer was much less hopeful.

“He [Neil] was very positive but I have to say I spoke to his lawyer in an interview and he wasn’t. He considered the whole thing to be a gamble.”