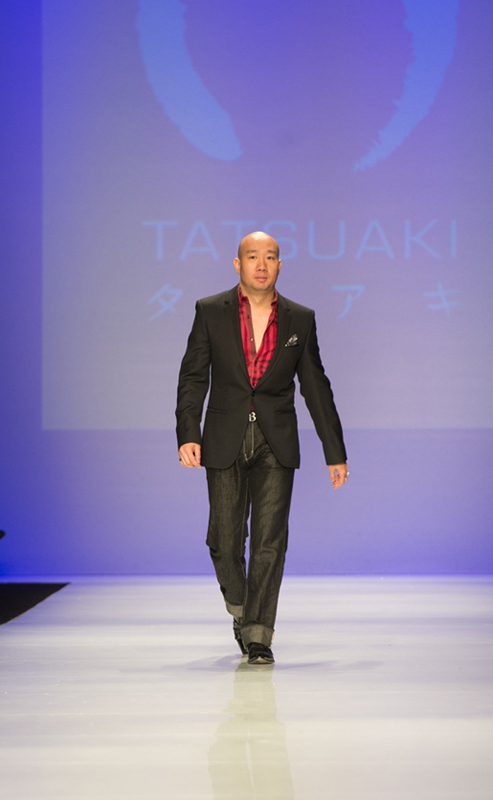 Canadian Designer will be at this upcoming New York Fashion Week. (Photo by DanLiu.ca)

Award-winning Canadian designer, Dan Liu announces and celebrates a remarkable milestone in his career at the Humber College Fashion Institute. Liu revealed that he is showcasing his line in the big apple for New York Fashion Week, (NYFW).

The location of the press event was selected by Liu to show his support for Humber College, because he believes the Humber fashion programs prepare students in their fashion endeavours.

Canada is the first to publicly learn about Liu’s success, and a global news conference will be held in New York next week. The Dean of Humber’s Business School, Alvina Cassiani, said having Liu share this moment at Humber’s Fashion Institute is something special for Humber.

“As a school it means a lot. To have somebody as prestigious as Dan presenting his designs for New York, it was quite an honor because it brings what we do as a school and institution right at home,” said Cassiani.

Although Liu may be quickly transitioning to an international designer, he takes a lot of pride in the country he calls home. “This is my country. I am Canadian even though I am an immigrant. If I chose to be here then I will fight for Canada, which is why I’m trying my best,” Liu said.

He never gives up. He doesn’t know that word; it’s not in his vocabulary. He finally got the recognition he deserved at one of the worlds major fashion events.” – Charles Luk

After nearly two decades of being within the fashion industry, Liu said he is filled with an overwhelming amount of gratitude and said, “I am really lucky.”

Charles Luk, a former senior buyer for Hudson’s Bay Company said, “It’s not easy being a Canadian designer in Canada. The support isn’t being received (by the Canadian Government.) He (Dan) never gives up. He doesn’t know that word; it’s not in his vocabulary. He finally got the recognition he deserved at one of the worlds major fashion events.”

Liu said being featured in NYFW is something that he hopes will show the Canadian Government that Canadian fashion designers have the potential to do things on a global scale and it’s not something to be overlooked. “Where is our fashion industry? It’s time to wake up!” Liu said passionately last night. He is reaching out to Canada’s Prime Minister Justin Trudeau to address the issue of the Canadian fashion community needing funding, recognition and moral support.

Cassiani said Liu expressed legitimate concerns about Canada having a tough fashion industry to breakthrough but advises students not to fret. “The old jobs aren’t going to be there but they have to merge with new jobs. It doesn’t mean less, it just means different and that’s how optimistic I am.”