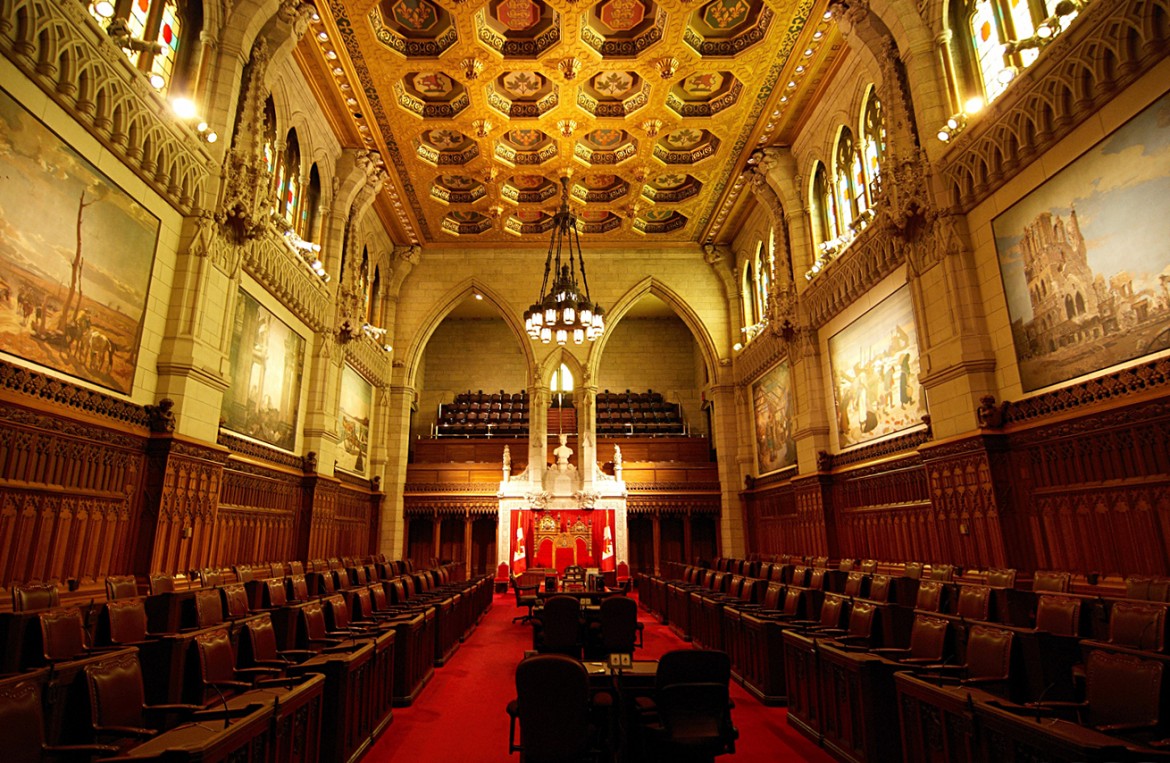 Canadian Senators are appointed by the Governor General on the advice of the Prime Minister. (Mightydrake / Wikimedia Commons)

The Trudeau government revealed Thursday the first step in its plan to reform the Senate.

Minister of Democratic Institutions Maryam Monsef and House Leader Dominic Leblanc announced the establishment of the Independent Advisory Board that will be part of a “non-partisan, merit-based process to advise on Senate appointments.”

“Government must always stay focused on serving Canadians and solving their problems,” Monsef said in the press release.

“The new, merit-based appointment process will reduce partisanship in the Senate, improve its capacity to serve Canadians, and help restore public confidence,” she said.

But there are already questions about how this board will achieve the goal of improving representation and reducing partisanship in Parliament’s upper chamber.

For Ted Morton, a professor of political science at the University of Calgary, the announcement is the latest in a series of unsuccessful attempts at reform.

“My generation has spent 30 years talking about and trying to achieve senate reform,” Morton said.

“We’ve achieved nothing so I’m moving from the reform camp to the abolish camp.”

“You’ve still got a bunch of unelected, unaccountable talking heads who in theory have equal power with the House of Commons but, of course, by convention don’t,” he said.

Canada currently has 105 senators under the current system who are appointed by the Governor General on the advice of the Prime Minister according to the Parliament of Canada website.

Dennis Pilon,  director of the political science undergraduate program at York University, compared the proposed new system to the one used to appoint justices in Canada.

But he noted that the Senate performs a different function than courts.

“A lot of what the Senate is asked to do looks pretty political in conventional terms. So how long can we keep politics out of it?” Pilon said.

Morton was skeptical about the degree to which an nonpartisan Senate was possible.

“It’s simply a smokescreen for him to say it’s not going to be partisan – it might not be partisan in the sense that the people who are appointed aren’t card carrying Liberal members. But, I’ll guarantee you they’ll be on the left side of the ideological spectrum,” he said.

Pilon pointed to examples outside Canada as models for upper houses.

“There are various upper houses that represent people in terms of the work that they do, so there are all sorts of ideas about how to make a second house work,” Pilon said.

“When you look around the world at other federal nations [like] Australia, Germany, or the U.S., it’s clear that a second chamber with a different electoral base and grounds for regional representation improves the quality of their democracy,” he said.

But he thinks the Canadian Senate pales in comparison to the upper houses of other nations.

“I think it’s worse than useless, I think it’s an embarrassment when you compare it to other federal democracies,” Morton said.