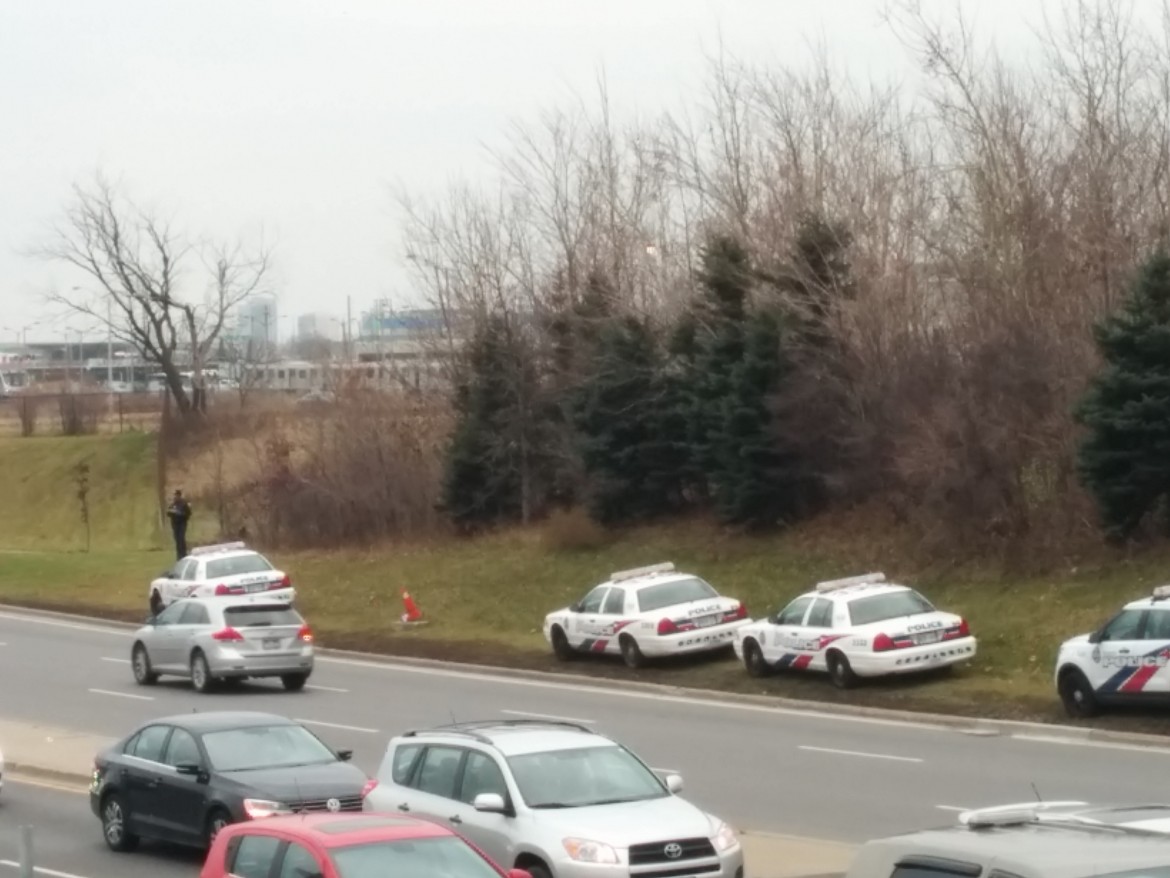 What began as the routine investigation of an early automobile collision in north Toronto ended with the discovery of three firearms and the Emergency Task Force (ETF) being called in.

Toronto Police were called to to investigate a possible impaired driver after a Mercedes went off the road with a damaged axle at the intersection of Allen and Transit Roads, just south of the TTC’s Downsview Station, around 4 a.m.

“They searched the vehicle and found three firearms, a small amount of ammunition,” Pugash said.

Various news organizations have reported that the firearms were a machine gun with a silencer and two handguns, one of which was also fitted with a silencer.

The nature of the investigation changed at that point and the ETF was called in.

Officers were searching the scene when Humber News arrived.

Police had already removed the vehicle.

Pugash also dismissed the significance of religious materials found in the car.

“There were religious materials but investigators believe they’re of no value or relevance as to the investigation,” Pugash said.

“This is going much more in a guns and gang direction,” he said.

Toronto Police also said that so far there is no threat to public safety.

“Our position on public safety is absolutely clear: If we believe there is a risk to the public, we release the appropriate information,” Pugash said.