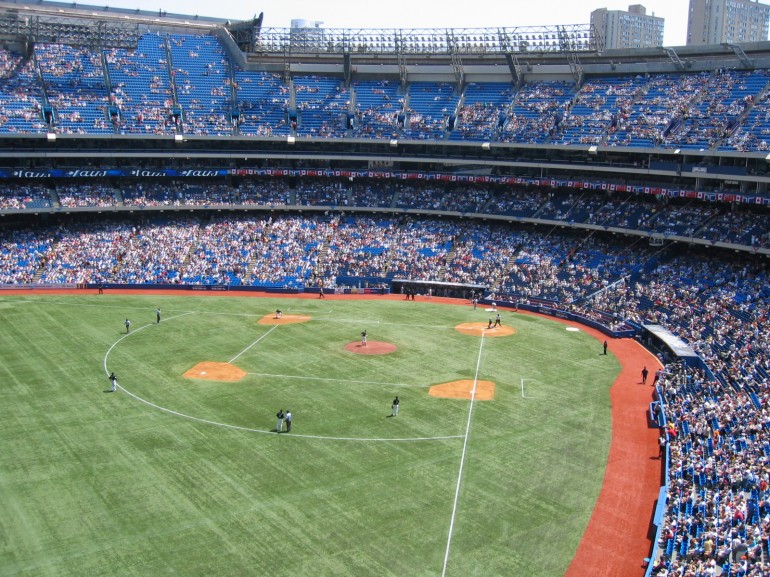 Ross Atkins has been named the new general manager of the Toronto Blue Jays.

Mark Shapiro, president and CEO of the Blue Jays, announced Friday at a news conference that Atkins will now be the seventh general manager in team history.

“I felt that Ross was the right person to take this organization, to build upon the success to build a sustainable championship organization to institute the processes and to lead people in a way that’s best long term for the Blue Jays organization,” Shapiro said.

He is replacing Alex Anthopoulos, who was general manager the Jays for six year.

Tony LaCava, who was serving as interim GM, has been promoted to senior-vice president of player operations and assistant general manager.

“Tony, in Ross’ baseball front office, will be the senior baseball person. He will work closely with Ross on major league roster construction and all baseball related matters,” Shapiro said.

Atkins boasted his skills as he takes on the GM position.

“I’d like to thank Mark [Shapiro] and what I would say in doing so, is talking about what you’re getting. You’re getting an incredible man of integrity and an intense desire to win,”Atkins said.

“I couldn’t be more excited for it to be in this city and representing a country. That is something that I will take very seriously and am really excited about,” Atkins said.

Atkins stressed in the conference that LaCava was going to take the lead while he looks to help and support him, specifically when it comes to the winter meetings.

Many fans have talked about the state of the Jays bullpen and rotation, especially with the loss of ace pitcher, David Price.

“In terms of depth we’ll look for additional pieces beyond the major league team and see how we can fortify the depth that way. But absolutely I believe the rotation is enough to contend,” Atkins said.

However, Shapiro said it can be improved.

“You will never hear me not answer that question in the same way. That is a rotation always needs another boost,” Shapiro said.

Atkins is coming over from the Cleveland Indians where he was vice-president of player personnel. He spent his whole professional career with the Indians, and most of it under Shapiro.