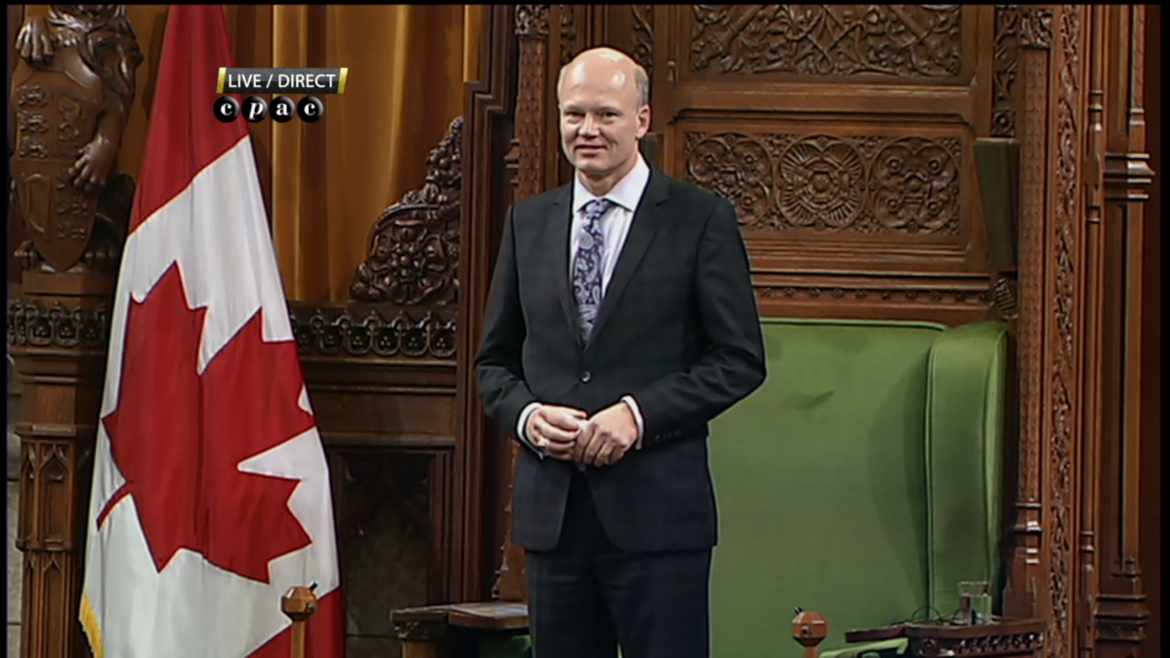 Liberal MP Geoff Regan has been elected as the Speaker for the House of Commons.

This is the first time in almost 100 years that an MP from Atlantic Canada was named the Speaker, according to Regan, who represents a Halifax-area riding.

During his first speech Regan said he intends to be ‘fair’ and ‘firm’ with his fellow MPs.

“I won’t tolerate heckling, we don’t need it,” he said amongst a rain of cheerful boos. “And we won’t have unparliamentary conduct.”

Prime Minister Justin Trudeau offered his ‘warmest congratulations’ in French to Regan, who acknowledged that his job ahead will be difficult and challenging.

Former Prime Minister Stephen Harper also attended for the day’s proceedings, but he only appeared to cast his ballot and left shortly after.

MPs gathered in Ottawa gathered Thursday to start the 42nd session of Parliament. The only item on the agenda was to vote for a replacement of the last Speaker, Conservative Andrew Scheer.

Liberal Mauril Belanger from Ottawa was expected to run, but dropped from the race on Monday after revealing that he had been diagnosed with Amyotrophic Lateral Sclerosis (ALS).

Electing a Speaker was a priority for the House as it is the speaker’s job to oversee “all daily business in the House, from debates to the introduction of bills” and “are often the most visible during Question Period as they try to maintain order,” according to the Cable Public Affairs Channel.

Unlike previous Speaker elections, voters were allowed to nu

mber their top choices in order.