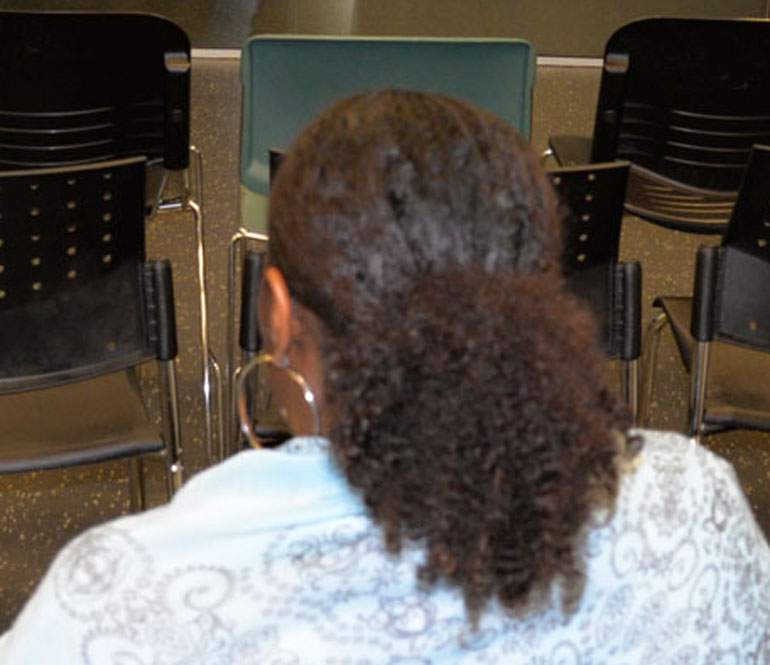 The first event of Humber’s Black Students Association put the focus on creating a healthy dialogue and discourse when it comes to black hair.

“We all know that when it comes to natural hair, or the natural hair movement, the American society really dominates that dialogue,” Lakeisha Ferreria, president of the Black Students Association, told Humber News.

“However, when you look at Toronto, you see a large percentage of black individuals.”

Some women prefer having natural hair and that it’s not to be pro-black or to make a statement.

Still, they do end being judged based on their appearance, she said.

“It’s great to know more information on how people interact with black people, especially when our hair is natural,” Ferreria she said at the event titled Black Hair and Politics.

The event’s guest speaker Shaunasea Brown, who is completing her Masters degree at York University, said her dissertation focuses on the politics of black women’s hair in Canada.

Brown said her research has been influenced by her own experience going natural.

“I had stop perming my hair,” said Brown. “Then I had an appointment and didn’t feel comfortable leaving my house the way my hair was.”

Brown said some people straighten the kinks in their hair  because of self-esteem issues and societal pressures.

“Take into the historical accounts of race,” said Brown. “There was once a time when blacks were seen as inferior to whites.”

She said some young women are afraid to leave their house with their natural hair in an afro, without their permed hair, weaves and braids because they feel unattractive.

Brown said after reading Frantz Fanon Black Skin, White Masks, she had an awakening about the kinks in her hair.

Society doesn’t make it easy to be a black female with natural hair, but more and more people are using social media to express their displeasure with Eurocentric constructs of black hair, she said.

In her talk, Brown spoke of a case study from Toronto’s Amesbury Middle School.

Early this month, a black principal there spoke to a student about her “poofy” hairstyle.

“I wake up this morning to my sister telling me that my wonderful, beautiful niece was told that she needs to change her hair at school, ” Kaysie Quansah posted on Facebook.

“This ignorant principal demonstrated firsthand the heartbreaking ideals of beauty that are forced on our little dark skinned black girls on a consistent basis.”

“The school and superintendent are following up with the family to address any concerns they may have,” Bird said.

“Hair is not covered by the TDSB or school’s dress code.”