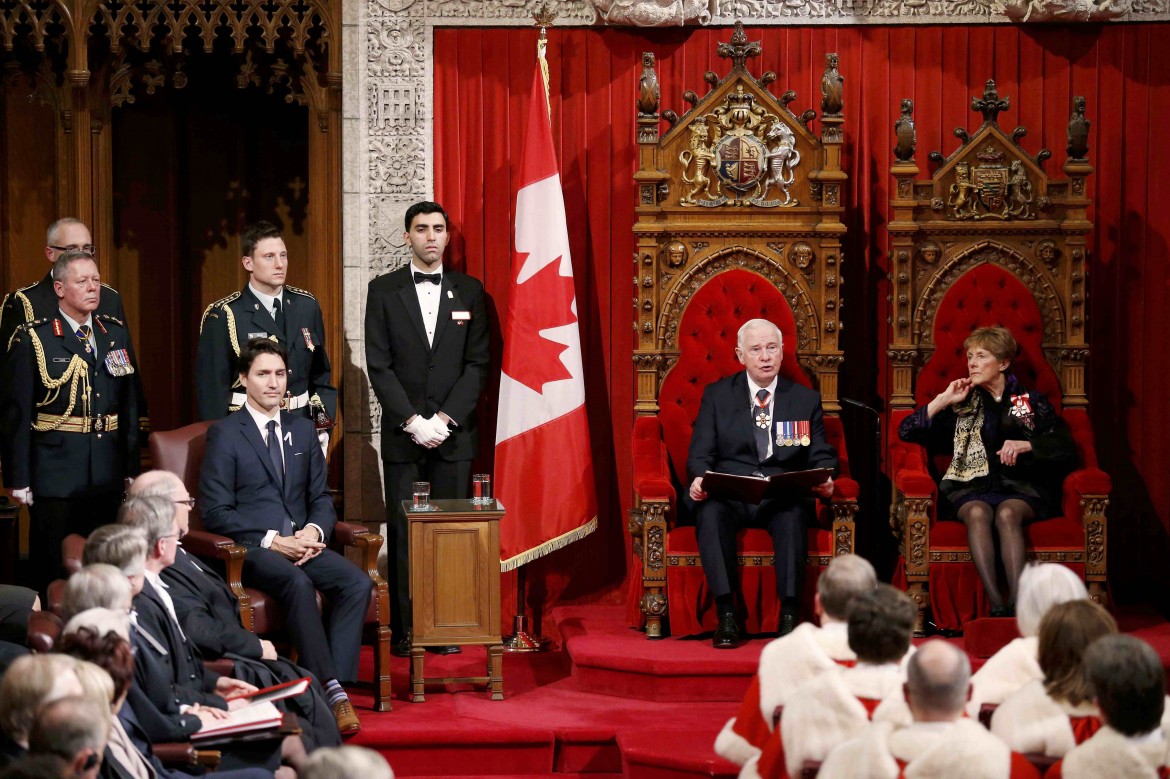 Governor General David Johnston delivered the traditional speech from the throne in the senate chamber on behalf of Prime Minister Justin Trudeau and his Liberal government on Friday.

“Let us remember that Canadians have been clear and unambiguous in their desire for change,” the speech began.

The government said it will immediately start work on a tax cut, implement the new Canada Child Benefit to help those in need, invest in pension plans and strengthen Employment Insurance.

It will also work with the provinces and territories to make health care more affordable with a new health accord.

The government said it promised to be more open and transparent with consultations. It will also work toward electoral reform, promising  that “2015 will be the last” year where elections are carried out under the first-past-the-post system and that there will be a committee to reform the Senate.

It promised that government money will not be spent on partisan ads and that there be no more proroguing of Parliament or omnibus bills.

The government said it will work to price and reduce carbon emissions as well as invest strategically in clean technology.

It will introduce new environmental assessment processes that consult science and engage with Canada’s indigenous population.

“Canada is strong because of our differences, not in spite of them,” the government said.

The government said it will renew nation-to-nation relationships with indigenous people and co-operate to strengthen the Truth and Reconciliation Commission.

The government is promising to investigate missing and murdered aboriginal women in the country, as well as ensuring a higher standard of education for aboriginal people.

The government repeated its commitment to helping 25,000 Syrian refugees settle in Canada by February 2016.

The government will also give more support to veterans, restore the CBC’s funding and renew its commitment to Canada as a peacekeeping nation.

Finally, Canada will start the process of working toward the safe legalization of marijuana.

“The agenda outlined today is an ambitious one but not one formed in isolation,” the government said.