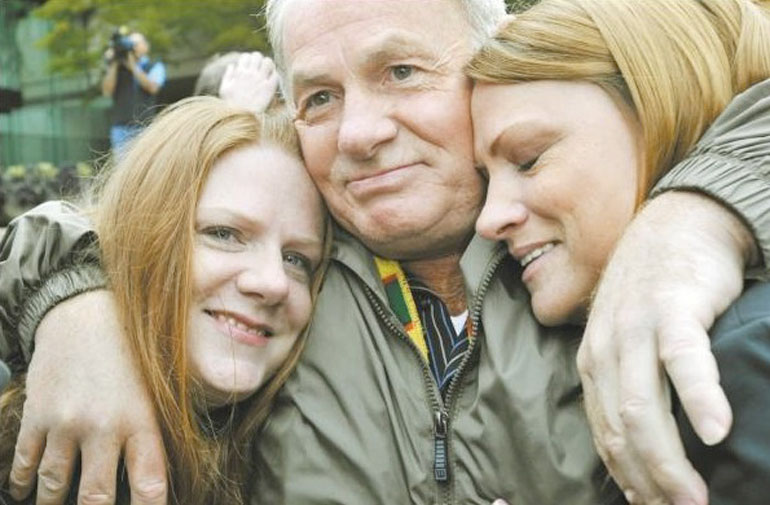 Ivan Henry, the B.C. man who served 27 years in prison after being convicted of sexual assault, came one step closer on Monday to clearing his name.

Henry, who reached an undisclosed settlement with the City of Vancouver, said he is “one-third of the way done” after the B.C. Supreme Court announced a settlement had been reached with one of the defendants.

The amount and terms of the settlement are unknown.

The settlement deal, which saw Henry fully exonerated on all of the 10 counts of sexual assault, included a withdrawal of all allegations against him.

“During his trial, the prosecution failed to disclose a number of key facts, including the discovery of DNA evidence, the existence of an alternative suspect, and the occurrence of similar sexual assaults after Mr. Henry’s arrest,” the BC Civil Liberties Association said.

In the 1980s, police in Vancouver searched for a man called “the rip-off rapist” after a series of attacks on young women.

Henry, who had a criminal record for drug trafficking and property crimes, was eventually convicted.

He was declared a dangerous offender and sentenced to an indefinite period of time on Nov. 23, 1983.

In 2010, the B.C Court of Appeal granted Henry an acquittal but did not declare him factually innocent, which is why he is seeking full exoneration now.

In acquitting him, the court called into question the legality of a police lineup in 1982, as well as the six female victims’ identification of Henry, and the presence of other suspects.

The civil claim for compensation began on Aug. 31.

The settlement trial will resume next Monday and is expected to last 100 days in all.