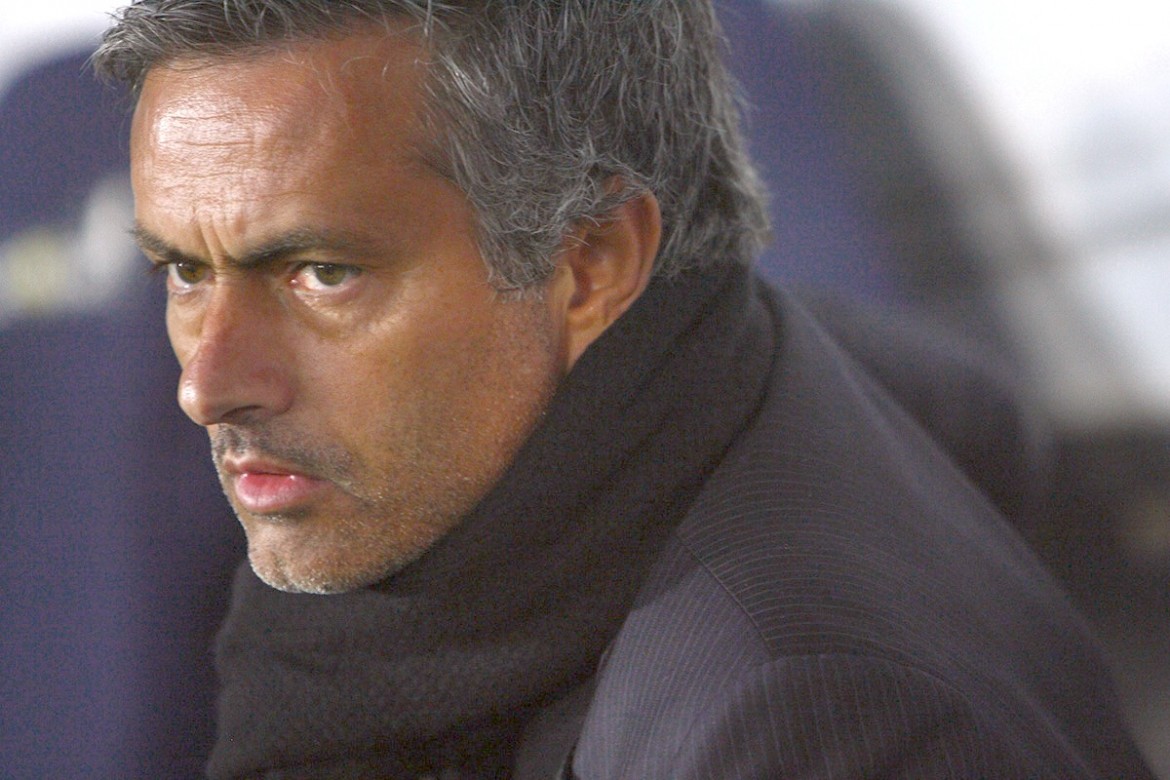 Jose Mourinho during his two-year spell at Internazionale in 2013

Only 18 games since his team was crowned Premier League champion, Chelsea manager Jose Mourinho has already been given a two-game ultimatum to save his job.

Reports said that Mourinho could be fired from the club on Saturday, pending the outcome of Wednesday’s UEFA game against Dynamo Kiev and Saturday’s League clash with Stoke City.

Mourinho is in his second spell as Chelsea manager and has led the club to three Premier League titles in all, with back-to-back crowns in 2004 and 2005 in addition to last season’s success.

His first stint managing the soccer club ended in 2007 after an apparent fallout with owner Roman Abramovich.

The self-proclaimed “special one” went on to to win eight trophies for Internazionale and Real Madrid, while the Blues went through six years of chaos with seven different managers taking the helm.

The fans now appear split on whether the Mourinho era should continue. Long-time Chelsea supporter Christian Melleri said Mourinho should be the exception to Abramovich’s short leash.

“I don’t think they should (fire him). He’s the best manager in the world. He’s won in every league”, said Melleri.

Mourinho hasn’t won Premier League for 5 months & media are baying for his blood. Wenger hasn’t won it for 11yrs, media give him free pass.

Sticking with Mourinho could be more of a gamble than relieving him of his role, as Chelsea currently sits at 15th place in the league, only four points above the relegation zone.

Chelsea’s horrific start at defending their crown can be pinned on multiple factors but supporters say that Mourinho’s potential loss of player support could be the final chapter in the book.

Jeremy Hurdle, Chelsea fan and coach of a high school soccer team in Philadelphia, sympathizes with Mourinho’s predicament after his team won every game last season and has only two out eleven wins this time around.

Hurdle admits the similarities between the two situations are minute but said that losing the players’ support can affect a manager at any level.

“Once the players are gone or once you feel they’re gone, even if they’re not, it’s a huge blow to a coach’s confidence. Some doubt can begin to creep in,” said Hurdle.

Chelsea needs to find two performances to save one of the greatest managers in European league history or the search for his successor will be open for interviews.