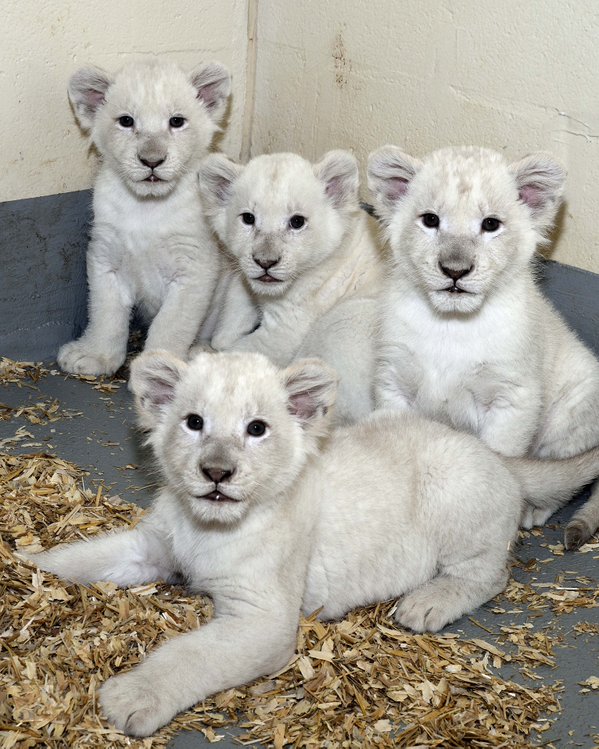 In a media statement, the Zoo said the cubs – all of them male – had their first check-up with the zoo’s veterinarian.

The announcement confirmed that the four white balls of fluff are in great condition.

Their four-year-old mother, Makali, gave birth to the cubs on Sept. 26 and 27, CBC reported. This was Makali’s first litter.

Though the cubs are currently in a maternity area of the lion habitat in the African Savanna area of the zoo, they can be viewed from a distance via @TheTorontoZoo on twitter.

Twitter is providing updates, photos and videos on the cuddly lion cubs as they play and grow.