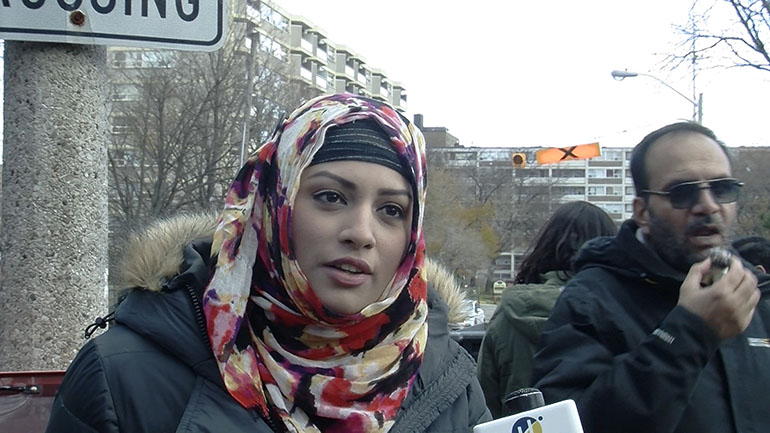 Over 100 people marched for peace in Flemingdon Park Friday to stand up against Islamophobia after a number of attacks on Muslims in the GTA.

The atmosphere was positive and welcoming as the community reached out to make Muslim women feel safe after a mother was assaulted while picking up her children from school.

There have been several incidents targeting members of the Muslim community across the GTA in the wake of the Paris attacks.

People at the event stressed the importance of staying together as a community and being welcoming people of all backgrounds.