Toronto ready to plow itself through winter, official plan shows 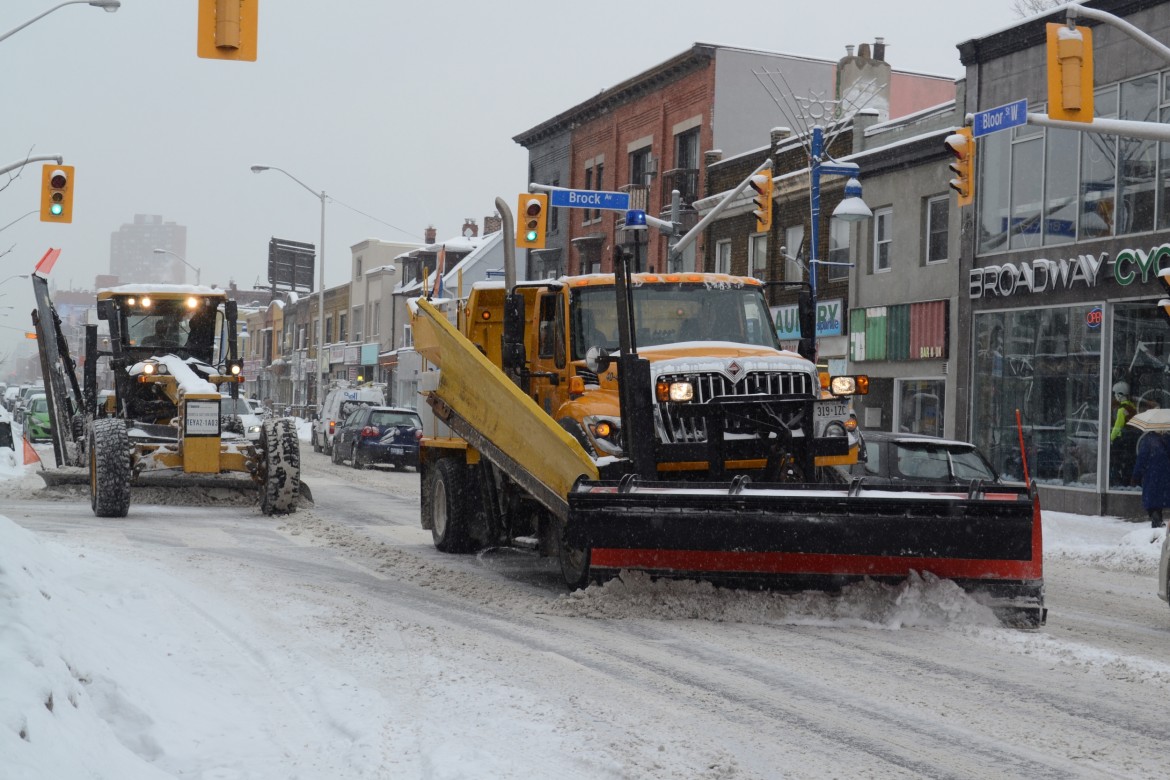 While many Torontonians may be dreaming of a white Christmas, city workers are bracing for the thousands of kilometers of road they might have to clear when it snows.

The city of Toronto released a report Monday outlining preparations for when the snow starts to fall.

Keeping the main roads clear and safe for emergency and TTC vehicles is the city’s first priority during a snowfall, said the report.

After the main roads, “crews move on to the local roads and usually complete clearing those roads between 14 and 16 hours after the storm ends,” said the report.

After a harsh winter last year, Toronto is prepared heading into this year’s winter, said the report.

“The winter season always means challenges,” said Robinson in the report. “But we have a comprehensive plan in place to manage whatever winter may bring.”

“The city has about 600 snow plows, 300 sidewalk plows and 200 salt trucks to help keep the r0ads and sidewalks safe and passable during the winter season,” said Robinson.

According to the city of Toronto, 1,500 people are employed to help in the snow clearing and salt disbursing.

This year’s snow removal budget of $85 million takes into account all of 2015, not just this upcoming winter season. The 2016 budget has not yet been released at this time.

This year’s budget includes $11 million allocated towards salt, which covers over 100,000 tonnes of salt and its disbursement, according to the report.

Aside from its budget, the city requires property owners to do their own part to help out.

“Property owners are required to clear their sidewalks of snow within 12 hours after a storm has taken place,” the report said.

While winter doesn’t officially start until Dec. 21, snow has already started to fall on Toronto. Many people woke up to find lawns, cars, roads and sidewalks covered with a dusting of snow on Tuesday morning.