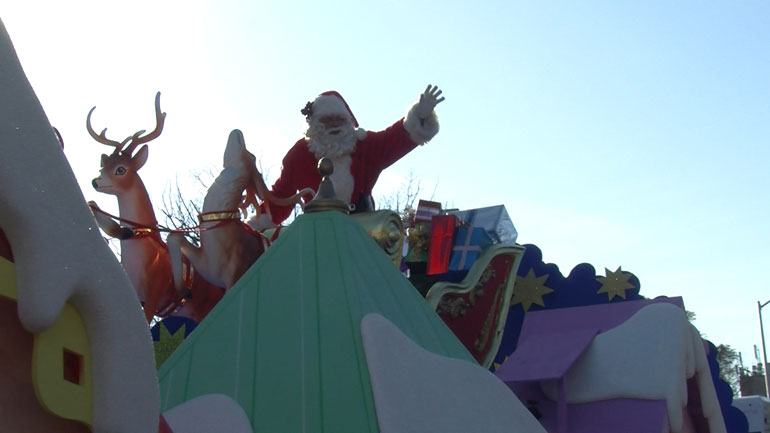 This year’s parade featured 26 floats and 21 marching bands as they made their way from Christie Pits Park, through the city’s downtown core to St. Lawrence Market.

The crowd included Mayor John Tory and Chief of Police Mark Saunders along with their families.

This year’s parade gave the crowds an early and unexpected Christmas present: the Maple Leafs, Raptors and the Blue Jays all made an appearance.