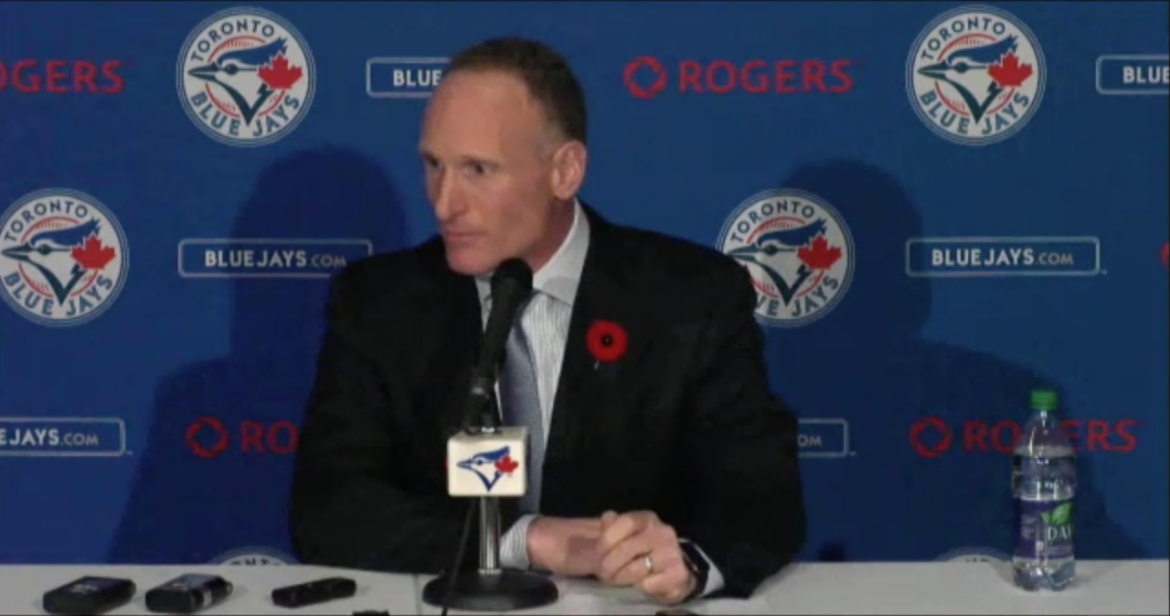 New president and CEO of the Toronto Blue Jays, Mark Shapiro, appeared in his first news conference this afternoon.

The former Cleveland Indians president got right to the point in his opening statements regarding the departure of former general manager Alex Anthopoulos.

“A lot has been written the past week, most of it speculation, second-hand and a lot of it not true,” said Shapiro.

He said he’s disappointed with Anthopoulos’ departure, but is excited for what’s to come with the future success of the Toronto Blue Jays.

Shapiro also said that manager John Gibbons would return for the 2016 season and named Tony LaCava as interim GM of the Blue Jays.

Shapiro has spent over two decades with the Indians. Here is a timeline of what he has accomplished and his road to President and CEO of the Toronto Blue Jays.