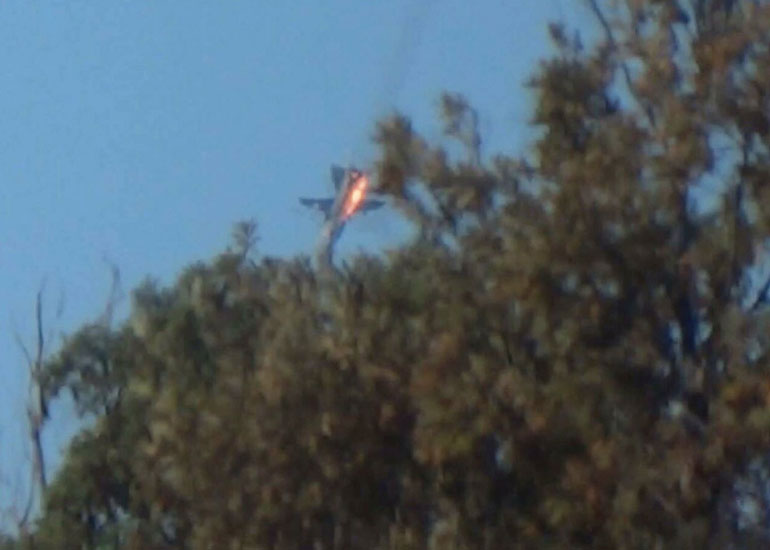 Combination frame grabs shows a war plane crashing in flames in a mountainous area in northern Syria after it was shot down by Turkish fighter jets near the Turkish-Syrian border. Courtesy: Reuters

The Secretary General of the North Atlantic Treaty Organization Jens Stoltenberg called Tuesday for calm between Russia and Turkey after a Russian fighter jet was shot down for violating Turkish air space.