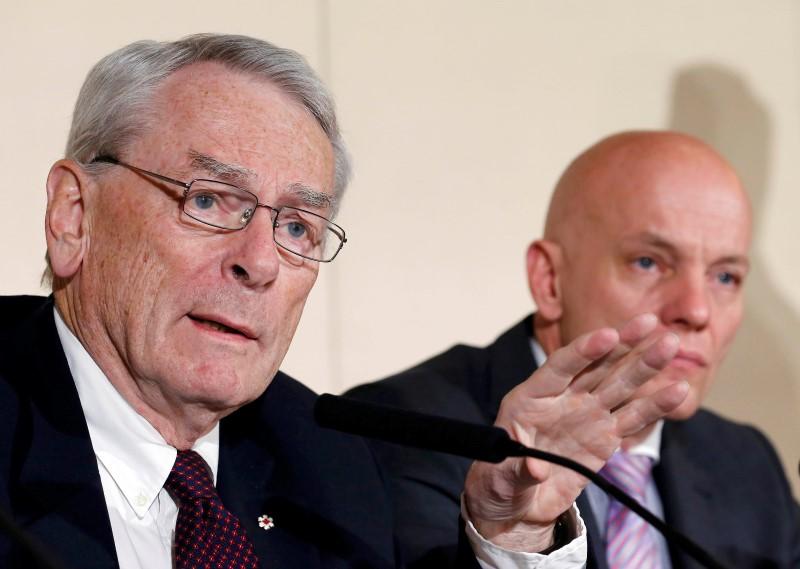 “Our recommendation is that the Russian Federation be suspended,” said Pound in a news conference in Geneva Monday.

The report goes on to single out Russian athletes, including the gold and bronze medalists in the women’s 800-metre event at the London 2012 Olympics, who should specifically be suspended for life.

The report added that even Russia’s intelligence agency, the FSB, was involved, as it spied on the country’s anti-doping lab in Moscow at last year’s Sochi Olympics.

“What made these allegations even more egregious was the knowledge that the government of the Russian Federation provides direct funding and oversight for the above institutions, thus suggesting that the federal government was not only complicit in the collusion, but that it was effectively a state-sponsored regime,” the report stated.

“It’s worse than we thought,” said Pound. “Unlike other forms of corruption it affected results on the field of play.”

The investigation took 1o months, and found elements of state-run doping schemes that echo those of East Germany in the 1970’s.

Among the findings of the report, it identified the malicious destruction of over 1,400 samples in a Moscow lab after WADA demanded they be preserved.

The report comes less than a year before the Rio Olympics, and could directly affect them.

“The outcome may be that there are no Russian track and field athletes in Rio,” said Pound.

While the report focuses on track and field athletics specifically, the findings might cast a dark shadow on the sporting world, according to Pound.

“Public opinion is going to move toward the opinion that all sport is corrupt,” said Pound.

While the findings from the report may be jarring to the athletic world, there could be more to come according to Pound, who called this the “tip of the iceberg”.

The release of the report has track and field athletes around the world enraged, calling for swift action and change in anti-doping practices in athletics.

How many people were robbed of medals at the 2012 Olympic Games or even before? My gosh. #wada

Always suspected it but finally confirmation that the Russian Athletics Federation have denied me of my finest moments of my career. 😡