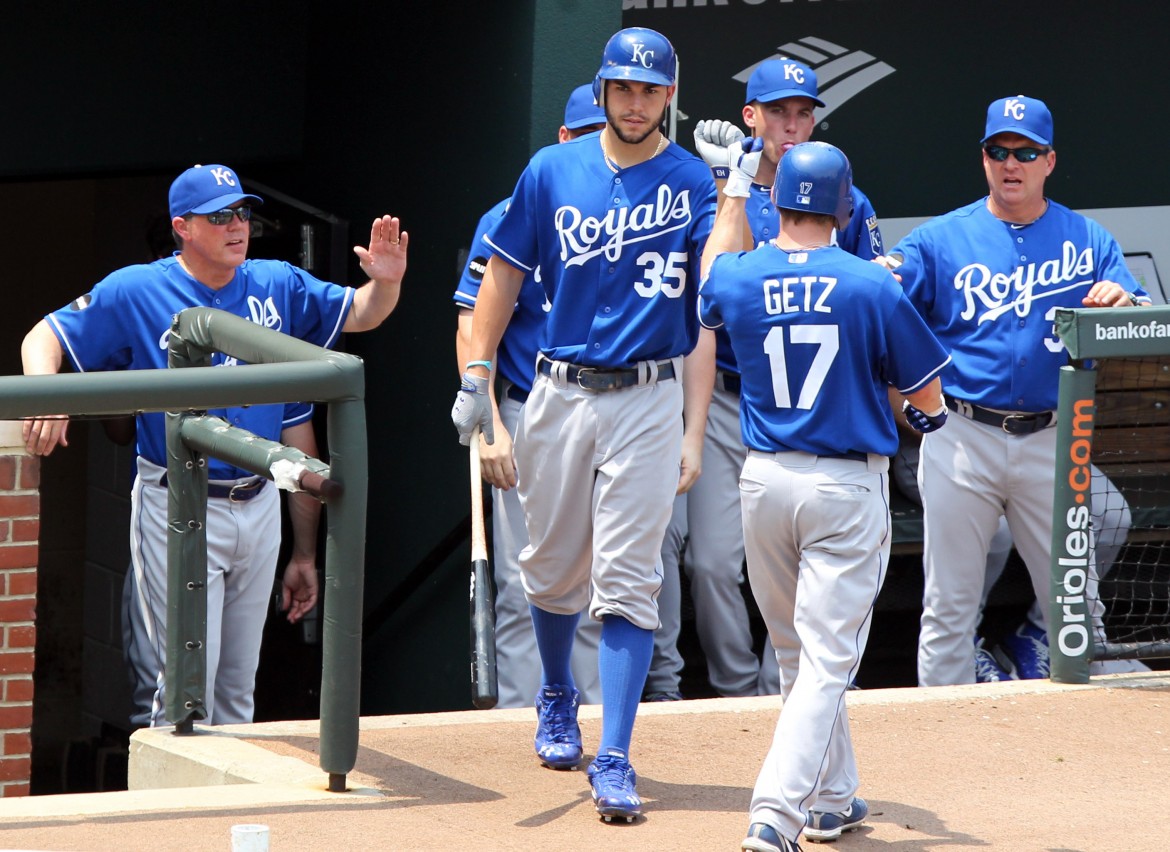 The Mets were supposed to close this game out. Pitching phenom Jacob DeGrom was supposed to take the mound for New York in Game 6 in Kansas City.

But the 2015 World Series Champion Kansas City Royals don’t do what they’re supposed to do. They don’t follow a script and they don’t listen to the baseball gods.

And after Eric Hosmer scored on a broken play to tie the game in the ninth inning, the rally was on. The Royals went on to score five more runs in the 12th, taking the series four games to one and winning their first championship since 1985.

When Mets pitcher Matt Harvey stared down manager Terry Collins and forced his way back into the game, it felt like a defining moment, one of those turning points that flips a series on its head.

Harvey was trying to become only the second pitcher to throw a complete game shutout in an elimination game in MLB history and Citi Field erupted when the Dark Knight sprinted out of the dugout to start the ninth. The Mets ace was dazzling through the first eight innings, sitting down opposing batters with the superhero-like vengeance that his nickname suggests.

But this is the 2015 Kansas City Royals – the kings of improbability – and nobody in the stadium noticed the hurricane looming over Flushing Meadows.

When Harvey allowed a no-out double in the top of the ninth to bring the Royals within one run, Collins immediately brought in closer Jeurys Familia to salvage the game.

But like the Blue Jays before them, the Mets had experienced the relentless tenacity of this Royals team. ‘Clutch’ doesn’t come close to describing the Royals’ uncanny ability to stay calm, chip away and keep it close. It was almost like the Royals were thinking, “We’ve got ’em right where we want ’em.”

Just five pitches later, with Hosmer on third, Mets third baseman David Wright fielded a routine grounder from MVP Salvador Perez. Freezing Hosmer with a quick glance, Wright fired first to get the sure out, but first-baseman Lucas Duda widely missed his attempt to get Hosmer charging home. The play tied the game, and changed the momentum. You could see it on the faces of the fans in orange — they knew.

A couple innings later, Royals replacement short-stop Christian Colon, in his first at-bat since October 4, brought in the winning run with a single to left field. After adding four more runs, Royals reliever Wade Davis ended the game and the season with a strikeout. The Royals vowed all season to take the leap from World Series losers to champions, and they made good on their promise. Without a true franchise player, a scrappy, never-give-up attitude propelled this team to glory, making history as the only team to win seven postseason games after being down by at least two runs, at some point, in all of them.

Kansas City on the map! Ha! Sorry NY. It’s the year of the underdog. The universe has spoken. — Janelle Monáe, Cindi (@JanelleMonae) November 2, 2015

The MLB season lasted 210 days, 5 hours and 16 minutes. At the end, the @Royals stood above the rest. pic.twitter.com/8HbHWmNcm0