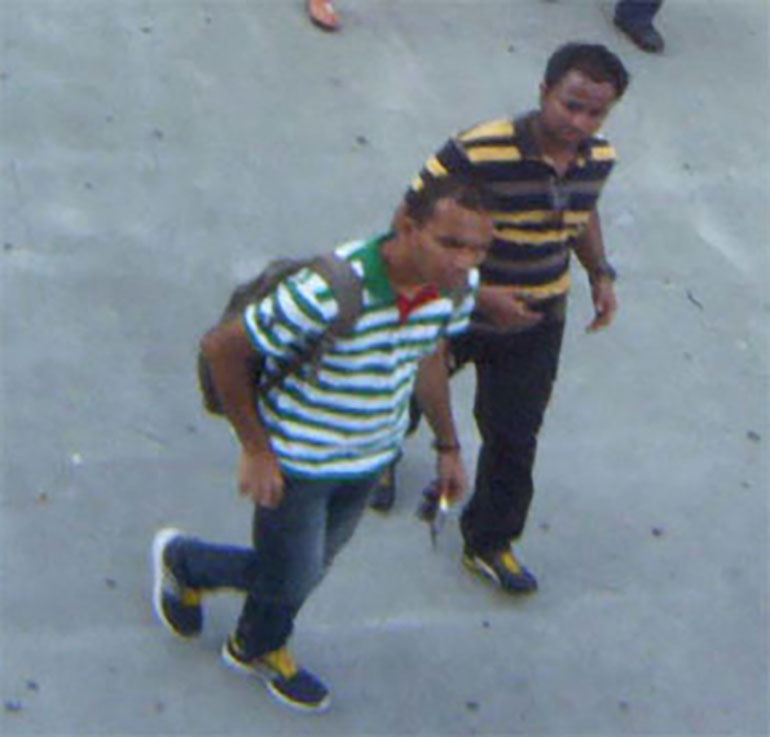 The RCMP said Thursday it is trying to identify two men whose behaviour near the Rogers Centre in Toronto at the end of August was reported to them.

“On Aug. 31, 2015, a passerby observed what they believed to be suspicious behaviour of these two males while on the John Street bridge in the area of the Rogers Centre,” said RCMP Supt. Lise Crouch at a press conference Thursday.

The incident was reported to a “private sector partner,” who in turn advised local police, she said at the news conference in Milton, Ont., just west of Toronto.

The two men are “persons of interest” and not suspects, she said.

“There is no imminent threat to public safety,” Crouch said. “We just need to speak to them to determine what it was that they were doing at that time,” she said.

“We haven’t been able to put this one to rest,” she said.

“Investigators treat all reports of suspicious behaviour with the same determination and severity. All leads are followed until they are fully resolved.”

Crouch refused to divulge the activities of the two men because the incident is still under investigation. She said that “the RCMP did conduct a followup interview with the person who witnessed the suspicious behaviour,” CBC News reported.

Stephen Harper, who was prime minister at the time, was at the Rogers Centre on the same afternoon, CBC reported at the time. He was at there watching batting practice before the Toronto Blue Jays played the Cleveland Indians.

Crouch said that, in all, there were seven reported incidents in the area that week and the investigation of the Aug. 31 report is the only one not yet closed.

She added that the six other events are not believed to be related.

“Each of those reports and each of those incidents were thoroughly investigated to be successfully concluded as not criminal in nature,” Crouch said.

The incident was flagged as a “suspicious incident report.”

Crouch explained that the RCMP is using an online tool designed to provide them with information about incidents believed to be suspicious.

The goal, she said, is to “enhance inter-jurisdictional police co-operation, enhance collection and sharing of national security criminal intelligence and information among government, law enforcement and industry.”