Patrick Kane will not face charges after rape investigation 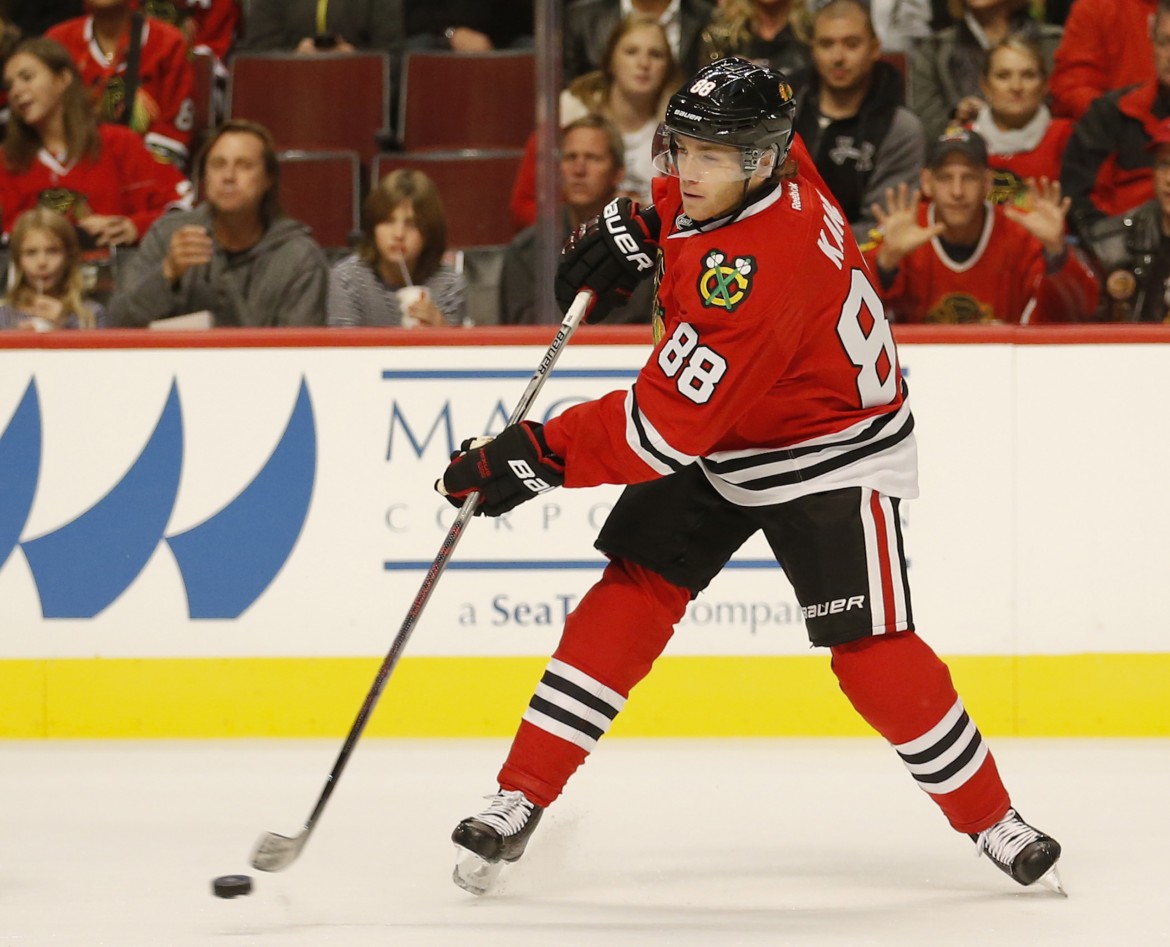 Blackhawks star Patrick Kane had a big night Sunday with one goal and three assists in a 4-2 victory over the Edmonton Oilers, just days after learning prosecutors had dropped rape charges against him.

New York District Attorney Frank Sedita found during a 3-month investigation that the physical and forensic evidence appeared to contradict the accuser’s claim that she was raped this past August at Kane’s home just outside Buffalo.

The case took a strange turn just over a month ago when the accuser’s attorney, Tom Eoannou, announced that an empty evidence bag had been found in the doorway of his client’s mother’s house. Eoannou announced his resignation from the case a short time later, saying he had no longer belived the mother’s story.

TSN legal analyst and partner at Gowling Lafleur Henderson LLP, Eric Macramella, said the event was a big factor in the case.“I think ultimately the district attorney concluded that there was no evidence at all,” said Macramella. “There was no forensic evidence and there were so many inconsistencies in her story at the district attorney concluded that it seemed more believable that Patrick Kane was innocent.”

The NHL received criticism from fans for allowing Kane to continue playing while the investigation was ongoing. Macramella said the NHL did the right thing by allowing Kane to remain with the Blackhawks.“Unless he was indicted by a grand jury, I don’t think you suspend him. If it’s just an investigation than you let him play,” he said.

Macramalla said Kane has the option to sue his accuser for defamation, but feels he won’t because he wants to put the whole situation behind him and to just go back and play hockey.

Due to the accusations and investigation over the summer, Kane took time away from the public eye. He was removed from EA Sports advertisements featuring him and teammate Jonathan Toews as the new faces of NHL 16. Currently, Toews is the only player on the cover. Kane was also scheduled to make public appearances in his hometown of Buffalo with the Stanley Cup, but was forced to have a private celebration with family and friends.

This wasn’t the first time Patrick Kane had found himself in trouble up with the law. Back in 2009, Kane and his cousin were arrested and pleaded guilty to non-criminal disorderly conduct after beating and robbing 62-year-old cab driver Jan Radecki during an argument over a fare.