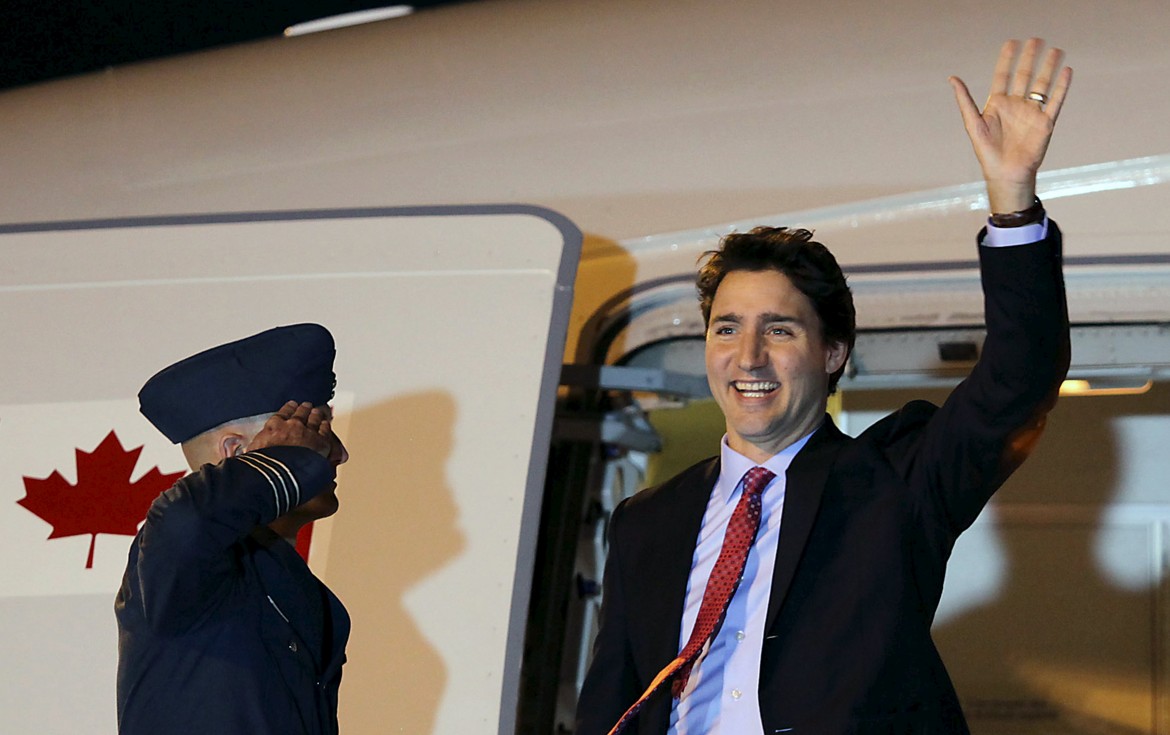 (Prime Minister Justin Trudeau arrives in Manila for the start of the APEC summit. (Reuters)

Justin Trudeau will deploy more ground troops to Iraq to aid in the training of local forces fighting Islamic militants.

The announcement comes days after ISIS attacks in Paris brought the world to a standstill.

Although the Prime Minister plans to pull Canadian fighter jets out of the conflict, he told reporters on Tuesday that Canada will contribute in other ways to the coalition fighting ISIS in Iraq and Syria.

In 2014 the Conservative government under then prime minister Stephen Harper sent 69 troops to Iraq to train Kurdish forces.

“I’ve committed repeatedly to my allies that we were going to do more on the training front and that means obviously more than 69 trainers,” said Trudeau.

“Canada has extraordinary Canadian Forces with a wide range of abilities,” he said.

“But, training is something we do very, very well,” Trudeau said.

The Prime Minister made the announcement while aboard a Canadian Forces airliner en route to Manila in the Philippines for the Asia Pacific Economic Co-operation summit.

The removal of Canada’s CF- 18 fighter jets from the U.S.-led coalition that is bombing ISIS targets in Iraq and Syria has yet to be announced. However, Trudeau has stated that he will not leave jets in the air until March 2016 as originally promised by the Conservative government.

Trudeau has not outlined his plan to deploy additional special forces. However he said the country is in it for the long haul.

“The bottom line is ‘How can Canada best be a strong and positive contributor to the continued and continuing mission?'” against ISIS said Trudeau.

On Thursday the new Prime Minister, who took office earlier this month, will meet at the APEC summit with U. S. President Barack Obama for the first time where a range of topics including the military mission will be discussed.

“We’re going to have a lot to agree on,” said Trudeau

Earlier this week at the G20 Summit in Turkey, Trudeau also spoke about his commitment to bring 25,000 Syrian refugees into Canada by the end of this year. But as the Liberal government holds to that position, at least one premier, Brad Wall of Saskatchewan, has criticized the move.

“I just think we need to get it right with respect to security and settlement, and then be the welcoming country that Canada is,” said Wall.

But Trudeau is holding firm on his plan for Syrian refugees.

“It didn’t take the tragedies of Paris for us to suddenly realize that security is important,” said Trudeau, adding that he is “very much committed to keeping Canadians safe while we do the right thing to engage responsibly with this humanitarian crisis.”

The “expedited roadmap to bring 25,000 Syrian refugees to Canada will be presented to the Liberal cabinet Thursday, but the detailed plan will not include cost estimates,” CBC News reported on Tuesday.