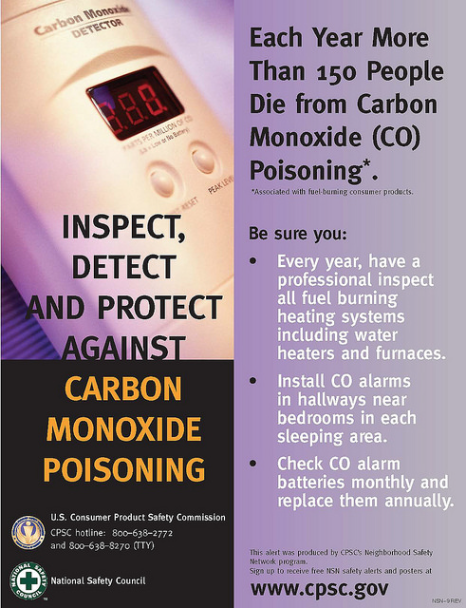 Carbon monoxide poisoning is often referred to as the silent killer and the Ontario government is pushing for residents to install detectors in their homes.

Naqvi said it is the leading cause of accidental poisoning in Canada because the gas is odorless, tasteless, and colourless.

He said every year on average 11 people in Ontario and approximately 50 people in Canada die every year due to carbon monoxide.

“Just last year Ontario firefighters received about 3,700 calls involving carbon monoxide calls mostly at apartments or home,” Naqvi said. “Ontario has become a safety leader in Canada because we are the first jurisdiction to require that … you have a carbon monoxide alarm in the home.”

The Ontario Liberal government passed Bill 77 – a law requiring the installation of detectors in residences. The alarms must be installed in all sleeping areas near burning appliances.

Naqvi said alarms need to be installed every five to 10 years and you need to check the expiration date.
He added the alarms are affordable and cost between $35-40 for a mid-range plug-in or battery alarm. A higher-end model can cost up to $70.