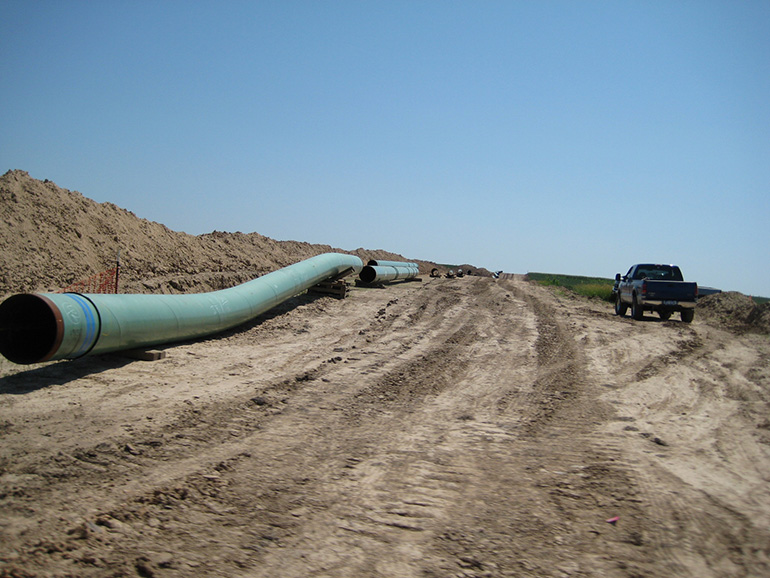 U.S President Barack Obama has rejected the Keystone XL pipeline, saying TransCanada’s application will not “serve the national interest of the United States.”

In a speech at the White House Friday,  Obama said that the U.S. government will be working closely with newly elected Canadian prime minister Justin Trudeau, who campaigned in favour of the pipeline.

Trudeau said in a statement he is disappointed but respects the right for the United States to make that decision.

“The Canada-U.S. relationship is much bigger than any one project and I look forward to a fresh start with President Obama to strengthen our remarkable ties in a spirit of friendship and co-operation,” Trudeau said.

Obama addressed concerns about job creation which has been the selling point for the pipeline supporters in congress.

“The pipeline would not make a meaningful long term contribution to our economy,” he said. “If congress is serious about wanting to create jobs this is not the way to do it.”

Obama offered an alternative for job creation, saying an infrastructure plan will create 30 times more jobs than the pipeline.

Russ Girling, TransCanada president and chief executive officer, said in a statement that all options will be reviewed.

“TransCanada and its shippers remain absolutely committed to building this important energy infrastructure project,” Girling said, “”We will review our options to potentially file a new application for border-crossing authority to ship our customer’s crude oil, and will now analyze the stated rationale for the denial.”

With the COP21 climate conference in Paris less than a month away Obama’s rejection of the Keystone XL pipeline could put the U.S. in a lead role.

Despite disappointment with the U.S. decision, Trudeau also expressed a commitment to uphold Canadian values on the environment. .

“We know that Canadians want a government that they can trust to protect the environment and grow the economy. The Government of Canada will work hand-in-hand with provinces, territories and like-minded countries to combat climate change, adapt to its impacts, and create the clean jobs of tomorrow.”