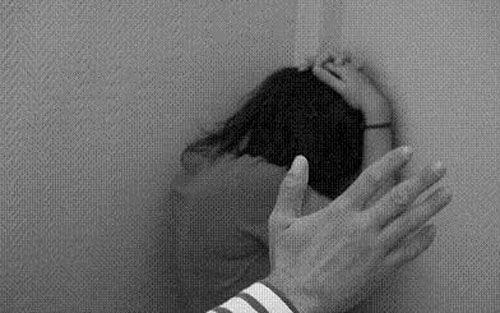 According to research, violent crimes against women in the home are often viewed as crimes of passion. (Courtesy Sarita6177/Wikimedia Commons)

The research was published in the journal Current Sociology. Its author, Myrna Dawson, is an associate sociology professor at the University of Guelph.

The study suggests that men who kill women with whom they have a close relationship are convicted at a rate three times higher than men who kill female strangers.

But the study shows these men tend to receive less serious punishment and shorter prison terms than those who murder women with whom they have a more distant relationship.

Angela Marie MacDougall, Executive Director of Battered Women’s Support Services, said she thinks while the public will not be surprised by the findings, they will be dismayed.

“Since we have increased the coverage in the media and given that coverage a bit more analysis, I think that that gives a sense to the public that things are changing,” MacDougall said.

“Women who are killed by male partners are seen as property and as such their murders are not treated as seriously because you cannot do harm to your property,” she said.

Dawson has concluded that these men are treated more leniently at various stages of the criminal justice process.

The study found that a woman is murdered every ten days.

Preliminary research also linked the treatment of femicide with the “female victim effect,” whereby men who murder women are treated more severely than men who kill men, as gender stereotypes may view women as vulnerable and in need of protection.

The article also points to gender stereotypes within the justice system which shed light on the phenomenon of “domestic discount” because the crimes are committed in the domestic setting.

Donna Pennee, a humanities scholar at Western University in London, Ont., compares the notion that femicide is a private family matter to the idea that violence against aboriginal women is committed by aboriginal men on reserves.

“This belief can also have the effect of reserving or containing the problem to a particular population and location,” Pennee said.

Dawson concluded the study by calling for continued comprehensive research to examine how people who commit sexual violence are punished.

Overall, statistics indicate that Canada’s homicide rate has been in decline for decades, in large part due to a sharp fall in domestic killings.