New member of the family could be a robot 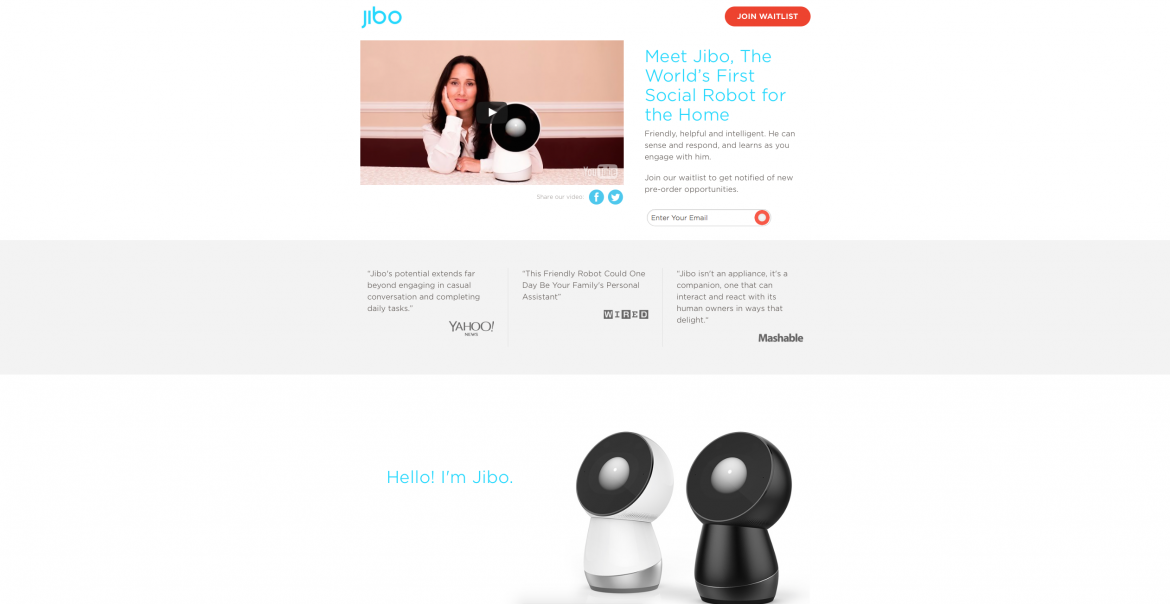 Technology has come a long way from typewriters and cassettes.

In the past couple of years, the world has been introduced to laptops, smartphones and computer watches and next year the world will meet the first ever-home robot.

The creators call the social robot, named Jibo, a household assistant. Its inventors say Jibo will provide a range of different tasks such as reminders, ordering food, taking photos and videos and sending emails.

Not only will Jibo respond to voice commands or recognize its owner’s face but it will also move its torso and head.

Jibo, founded by MIT graduate Cynthia Breazeal, is currently in production and is accepting pre-orders through the Indiegogo pre-order program for March/April of 2016.

How well will it work?

Just 100 years ago automobiles were introduced and throughout the years we’ve learned how to enhance their features through trial and error.

“It looks really cute, the videos that we see of it are interesting. What’s it going to be like once we start using it? We really don’t know, similar to a car 100 years ago. We think we’re going to understand how it works but we really don’t know,” said Monette.

The Jibo currently comes in both black and white. There are also two editions: the home edition and developer edition which both cost $749 US. Both models are sold out already.

“It looks like the lamp in Pixar and they’re trying to create this kind of learning machine that’s going to know your preferences, know your taste, recognize who you are,” said Monette.

“It is designed to use cuteness in way of selling what it does.”