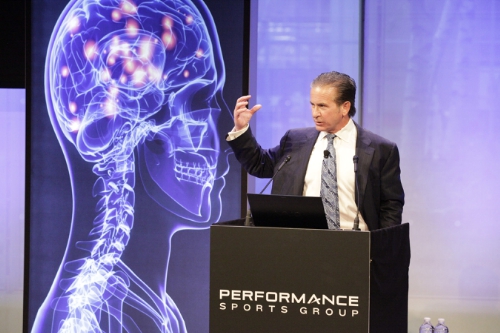 A U.S. sports equipment manufacturer says it may have the solution to the concussion problem in hockey.

Performance Sports Group, based in New Hampshire, has created a neckband that is to be worn around the neck and is said to reduce concussions by increasing the amount of fluid in the brain.

The new technology comes at a time when concussions are at the forefront of player safety in professional sports like the NHL, where there was 53 concussions reported last season.

“The basic idea is that the neckband puts pressure on your blood vessels located in your neck,” York University Associate Dean of Research and Innovation Mazyar Fallah told Humber News on Thursday.

The company hopes to begin offering the product in the next two years.

Although the neckband offers a breakthrough in concussion prevention, Fallah said the product is still in its early stages.

“They haven’t gone through clinical trials yet so it’s too early to tell how effective it is yet,” Fallah said

The concern with the neckband is its effects on a person longterm, citing the excess blood in the skull as a concern.

“The main concern is can this product be worn over a long period of time,” Fallah said.

He said one of the main causes of stroke is high blood pressure, and he is concerned what chronic use of this product can do to a player’s health long term.

“The risks just haven’t been considered just yet,” said Fallah.