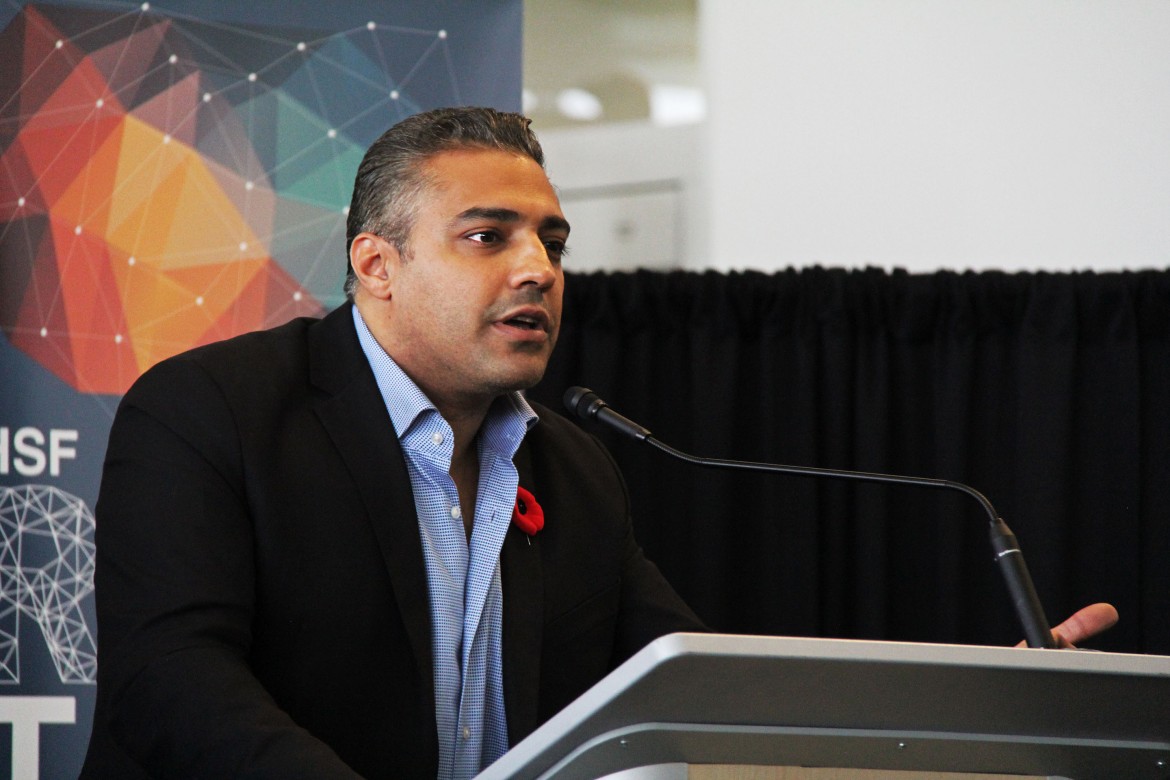 By Katie Pedersen and Katherine Green

Fahmy addressed the concourse of faculty and students, talking about his time in an Egyptian prison when he was falsely accused of involvement in a terrorist group.

Following his speech, students of Humber’s journalism program joined Fahmy in a round table discussion.

The intimate gathering allowed students to ask Fahmy in-depth questions on his time in prison, his advocacy of freedom of press, and the risks of citizen journalism in crisis areas of the world, like the Middle East.

He says that dispensing advice to young journalists and encouraging them, albeit with caution, to pursue the front line reporting, is always a task that matters to him.