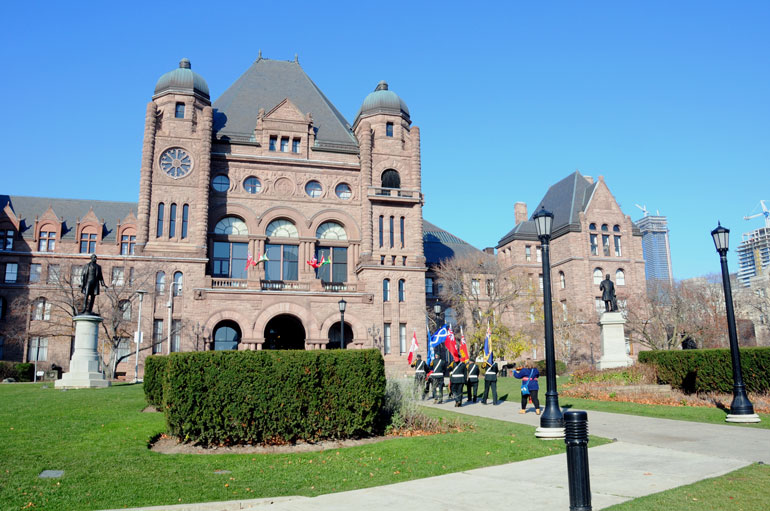 Decades ago, the Métis people would hide their heritage for self-preservation.

Those days are long gone as the Métis flag was raised over Toronto City Hall and Queen’s Park Monday morning for the 130th anniversary of the execution of Louis Riel, leader of the Métis Nation and a father of Confederation.

He was executed for leading the Northwest Resistance’s fight for Métis rights in Canada.

Louis Riel Day, in its 22nd year of observance by the Ontario government, serves as both a day of remembrance and a celebration of Métis culture.

Gary Lipinski, president of the Métis Nation of Ontario, told Humber News about the importance of commemorating Louis Riel Day.

“It’s paradoxical in a sense that we’re here on the day of Louis Riel’s execution, which is a tragedy in the Métis Nation. It was a squandered opportunity for the Métis people and Canada. People look back on his visions and they were about inclusivity, bringing people together and having a rightful place within Canada,” he said.

“The twofold part is that his work and his vision remains — to have the Métis Nation have their rightful place in Confederation and in Canada and be properly recognized and respected. That work continues,” said Lipinski.

They all acknowledged the unfortunate way in which Riel died, along with the importance of his work in promoting minority rights.

“Riel dedicated his life to fight for the rights of Métis people. Today we remember what he sacrificed and commemorate his achievements,” said Zimmer.

“He helped lay the framework for minority rights,” said Dowdeswell.

Speaker Levac, himself a member of the Métis Nation, expressed his gratitude for the occasion.

“I am honoured to speak the truth about Métis. I am Métis and proud,” said Levac.

Levac also expressed thanks to his fellow Métis for staying strong “when being Métis meant being a traitor.”

The event was an opportunity for the government of Ontario and the Métis Nation to reaffirm their co-operation working toward Métis rights.

“We benefit from developing a positive relationship with the Ontario government. We’ve seen it come out of an era of denial to having a framework agreement and we have a number of initiatives we’re working toward. We’ve seen the relationship move fairly well in the right direction,” said Lipinski.