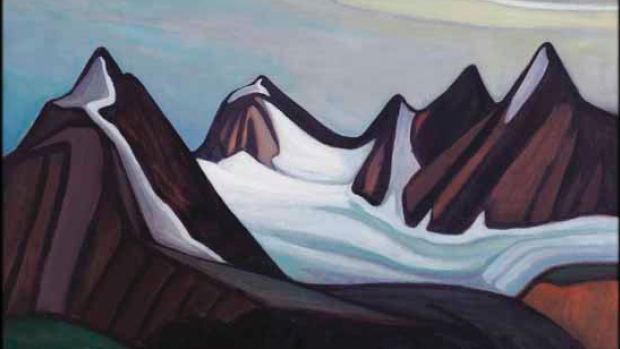 Harris’ Mountain and Glacier painting went as the biggest seller of the night at the Heffel Fine Art Auction in Toronto.

It went for $3.9 million before commission and broke the previous record for another one of his pieces. The expected sale price was between $1 million and $1.5 million.

Three of Harris’ paintings were sold for a collective $9.5 million.

Known for his precise style and execution of his war art, portraits and abstractions, Harris followed in his father’s footsteps. Twenty-one years after his death, his work commands fierce price wars.

The auction house said the 157 pieces offered at its semi-annual sale sold for a combined $23.4 million. This set a Canadian record for a fine art auction. It was anticipated by experts the total would be closer to $10 million or $15 million.

Winter Landscape, another of Harris’ pieces, sold for $3.1 million – another top seller of the night. The estimated value was $1.2 to 1.6 million.

Harris has been in the news lately after Steve Martin, an art collector,  was looking at a collection of his paintings at Los Angeles’ Hammer Museum.

Was in London, Ont. to view more Harris. MT @gallerydotca: Steve Martin in front of one of our #LawrenHarris works. pic.twitter.com/Y7SeUU7qXx

The exhibit is also set to hit Toronto’s Art Gallery of Ontario in 2016.

Records are made to be broken. World-record for Lawren Harris at auction with Mountain and Glacier this evening at $3.9 mil hammer! — Heffel (@HeffelAuction) November 27, 2015