Justin Bieber vs. One Direction: Who will take #1 spot? 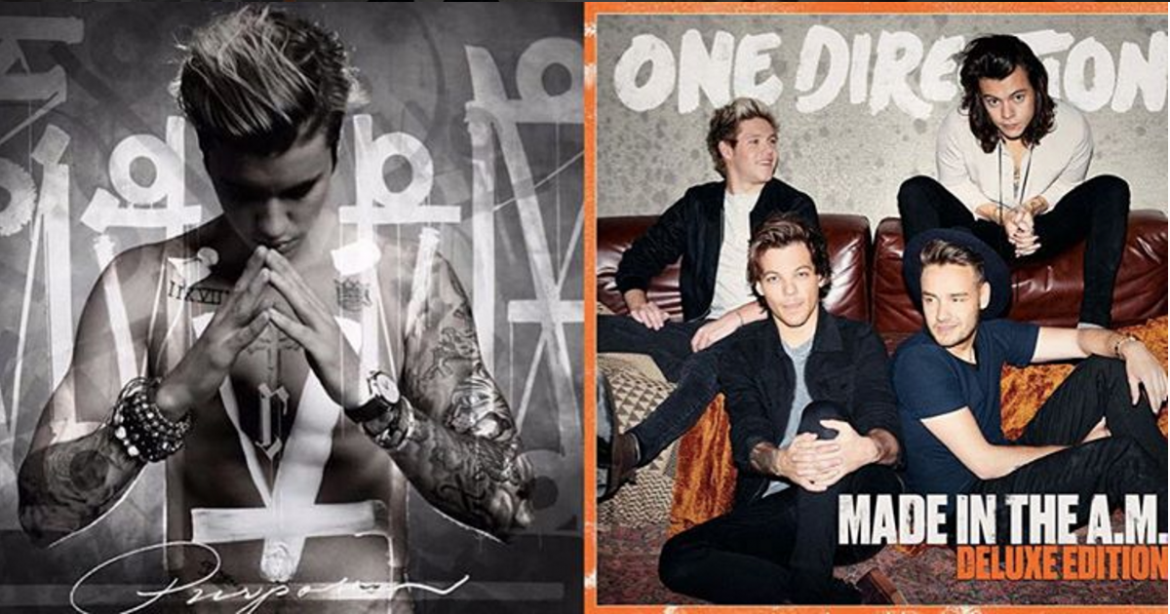 The chart battle between two of today’s biggest pop stars has officially kicked off.

Justin Bieber and One Direction both released their fifth studio albums today, Purpose and Made In The AM respectively.

Founder and CEO of Ambitious.com & Celebrity Expert Marketing, Greg Rollette, said the two releasing albums on the same day adds excitement to an industry that has staggering sales is a good thing.

“By releasing on the same day, they bring awareness to their music,” Rollette said. “When one album is being talked about they both benefit. On Spotify and iTunes, both albums are positioned directly next to one another, giving the customer the best of both worlds. In the world of streaming music, we no longer have to choose one over the other.”

Things between the two artists threatened to get nasty after Bieber accused One Direction of using him for a “promo strategy” by releasing their album on the same day.

However, fans of the Canadian singer and the American boy band are supportive of both records.

On the iTunes charts Bieber’s album, Purpose is at Number One and One Direction’s, Made In The AM is directly underneath in the Number Two spot.

“Bieber has developed a new audience, while One Direction has still captured the younger audience… So they both are at different stages of their career,” he said.

Justin Bieber has been working on reviving his career after dealing with an 18-month period of daily tabloid attacks and bad press.

He started his rebirth by teaming up with well-known artists, Skrillex and Diplo, and released his number one single “Where Are You Now”.

The three collaborated on the entire album to come up with a much more ‘grown up’ sound than his previous albums.

This also comes after Bieber announced his 2016 tour dates.

“The whole world loves a comeback story. Justin is making headlines. His songs are on Sportscenter. He has partnered with some of the biggest producers and DJ’s in the world,” Rollette said, “we want to root for him, even if we don’t care for his music.”

One Direction announced they would be taking a hiatus after they release this last album.

This is their first album without popular singer Zayn Malik.

The group is only scheduled to make a few more live appearances before parting ways for a few years.

This album could possibly be the last chance for fans to see and hear them.

Both stories are very strategic.