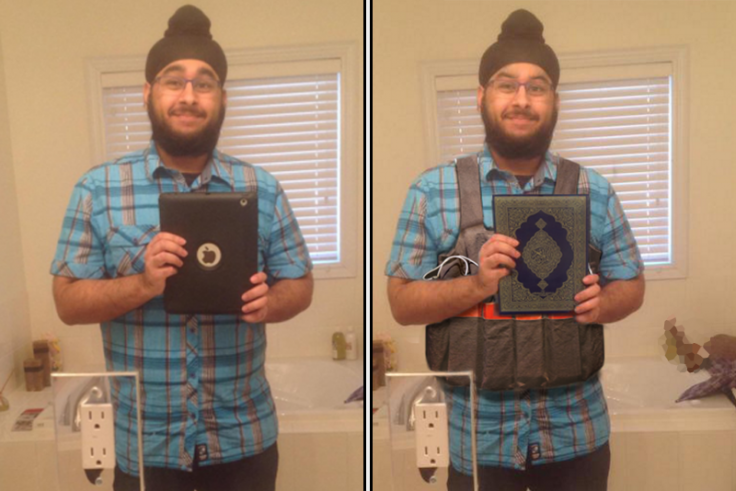 After last weeks terrorist attack in Paris that left 129 people dead, followers of Gamergate used this tragedy to paint Veerender Jubbal, a Gamergate critic and journalist, as one of the attackers.

A photograph Jubbal took in his bathroom was altered to make him appear as a terrorist, his iPad turned into the Quran and a vest with a bomb photoshoped on his apparel.

The image was then shared among the world and picked up by news outlets, including Sky Italy and Spain’s La Razón newspaper.

La Razón published Jubbals photograph on their front page calling him “one of the terrorist.”

They have since retracted their statement, but the damage was done.

“We handle defamation cases all the time, but given the particular facts of this case nothing has ever come into us like this before,” Michael Fenrick, a defamation lawyer in Toronto, said.

“It seems to be a bit of a unique and unfortunate situation,” Fenrick said, adding if Jubbal decides to sue, he has a limited time to do so.

“If they are planning on suing the newspaper or website that posted the picture as opposed the person(s) who doctored the photo there are time limits and procedural steps to go through in order to sue a news source,” Fenrick said.

Putting your data on the internet is like going into a town square with a feather pillow and opening it up and throwing it into the air, Randall Craig, author and president of 108 Idea Space, said.

He adds that with the feathers everywhere, it’s almost impossible to stuff them back in.

“It’s very easy actually for someone to take any graphic on the internet, store it locally, make some changes and then do something with it,” Craig said. “They can’t of course upload it back into your account because presumably you’ve got a password and user name and it’s secure, but they can post it elsewhere on the internet and much to your strength.”

Craig said anyone planning a nasty practical joke should remember they have to be accountable today.

What one person might think is funny might be illegal and hurtful for the person and their family.

Fenrick said the individual has to decide who they might sue, adding it would be difficult to win a case against a news source.