Jared Fogle sentenced to more than 15 years in prison 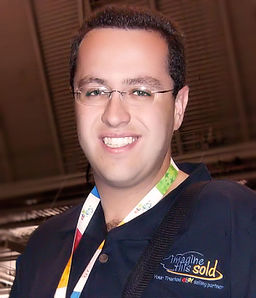 A former spokesperson of the Subway restaurant chain has been sentenced to nearly 16 years in prison on charges related to child pornography and sex with minors.

Jared Fogle pleaded guilty to traveling across state lines to have sex with minors and possession and distribution of child pornography.

He has agreed to pay $1.4 million in restitution to the 14 victims

A lawyer with CriminalLawCanada.com said that if this case was in Canada, Fogle would have probably faced a much shorter sentence.

“It’s a little bit theoretical, as it always is with these types of cases, but I would have expected him to land a sentence, based on the guilty plea and all the facts, probably in the range of five, six seven years,” said Edward Prutschi.

The case against Fogle and his co-conspirator and friend Russell Taylor involved 14 victims, all of whom were minors at the time of the attacks.

Court documents said that Taylor had collected video and images of “sexually explicit conduct” involving 12 minors over the course of about five years. He distributed this to Fogle, who was aware that the victims were under the age of 18.

Taylor has also pleaded guilty and will be sentenced Dec. 10.

The shear number of people involved plays a role in the length of the sentence. Prutschi said while U.S. judges add extra prison time per victim or count, Canadian judges take a less calculated approach.

“They look at the entirety of the case, including the complexities of it, the aggravating and mitigating factors. A significant aggravating factor is the number of complainants,” he said. “If you’ve got one victim obviously thats bad enough. If you’ve got fourteen victims thats significantly worse, but it’s not necessarily fourteen times worse.”

Subway suspended their partnership with Fogle in July of 2015 and officially ended the relationship earlier this week.