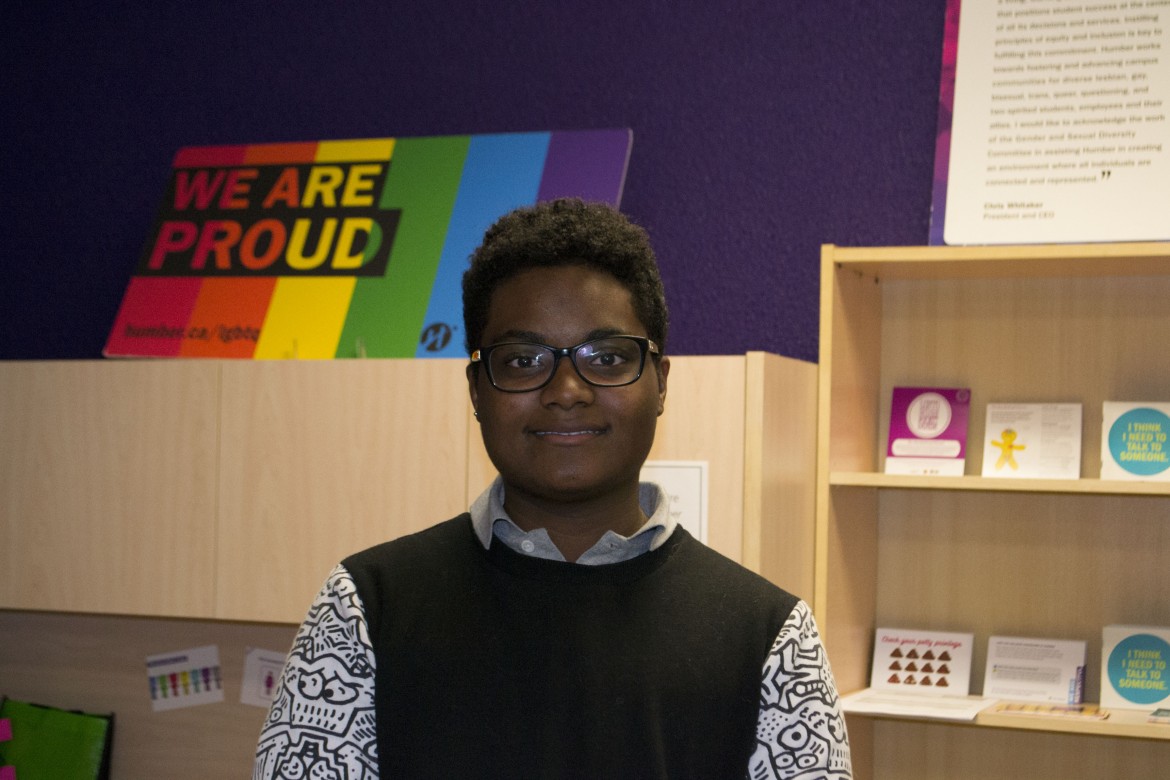 Humber College students paid tribute to Marsha P. Johnson, one of the first famous drag queens, as part of National Transgender Day of Remembrance on Friday.

Johnson was a gay, transgender and aids activist in the early 60’s.

She was found floating in the Hudson River in New York City, four days after the Pride March in 1992.

The screening of “Pay It No Mind, The Life and Times of Marsha P. Johnson,” was shown in the LGBTQ resource center.

“It’s a day to honor transgender people who were killed as a result of transphobic hate crimes,” Tory said.

Many deaths and acts of violence against the transgender community go unreported.

Some of these acts are self-inflicted because of the discrimination the transgender community face.

A new study shows a 41 per cent suicide rate among transgender people, it’s 25 times higher than the general population.

After the screening students at Humber North discussed gender pronouns with which a person identifies.

Some of the pronouns the LGBTQ community use are, “she/he/singular they, ze/zie/spivak, and xe.”

How do you know which pronoun someone uses? Avoid assumptions or ask them respectfully.

One of the biggest misconceptions about transgender people is that their sexual attraction should be with the opposite sex of their physical appearance.

Reagan McSwain, third- year journalism student said, “There’s this idea that if you transition that your still a straight person, so why have you transition in the first place, if you all of a sudden gay?”

He adds that although trans and gender are two separate things the moment you identify with both pronouns people become confused.

“The two can co-exist in the same person,” said McSwain.