Gun amnesty in Toronto wraps up with over 100 firearms 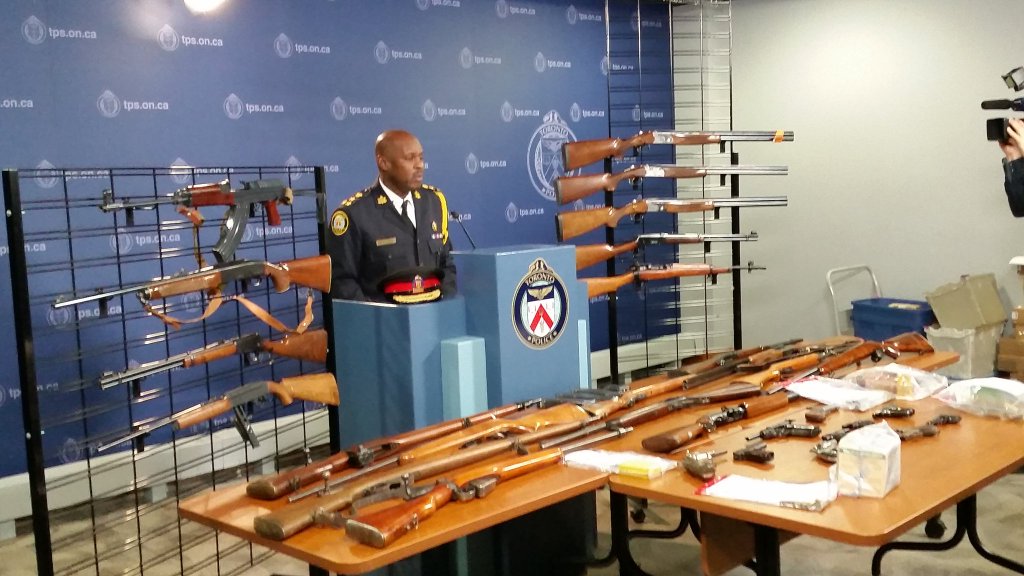 Toronto police have taken over 100 firearms out of private hands through their#amnestyTO campaign.

Chief Mark Saunders announced the results of the campaign, which ran from Nov. 2-16, during a press conference at police headquarters Wednesday.

The chief added that communities generally feel safer after these programs because most people didn’t even want the guns in their homes in the first place.

“They were burdened because of these firearms. A lot of them were handed down as gifts, and to be quite frank they didn’t know what to do,” Saunders said.

The main goal of programs such as the amnesty are not to obtain crime guns, but rather to take in unlicensed guns from innocent people who don’t want them anymore, he said.

“We don’t look for crime guns,” Saunders said. “It would be a remarkable day if I had a street gang member come in and turn his firearm into us for destruction.”

Insp. Chris Boddy was heavily involved in promoting the campaign on social media, including the promotion of the hashtag #amnestyTo.

“#amnestyTO was trending the day that we launched this, so there was lots of interest,” Boddy told Humber News earlier this month.

In his news conference, Saunders agreed that social media played a large role in the overall success of the amnesty.

Even though the amnesty program is over, Saunders said the police service will always accept firearms that people are looking to turn in. Residents are encouraged to call police at 416-808-2222 in order to arrange for the collection of the firearms or ammunition.

“Don’t under any circumstance bring it into a police station,” Saunders said. “Call us and allow us that opportunity of removing it off of that person.”