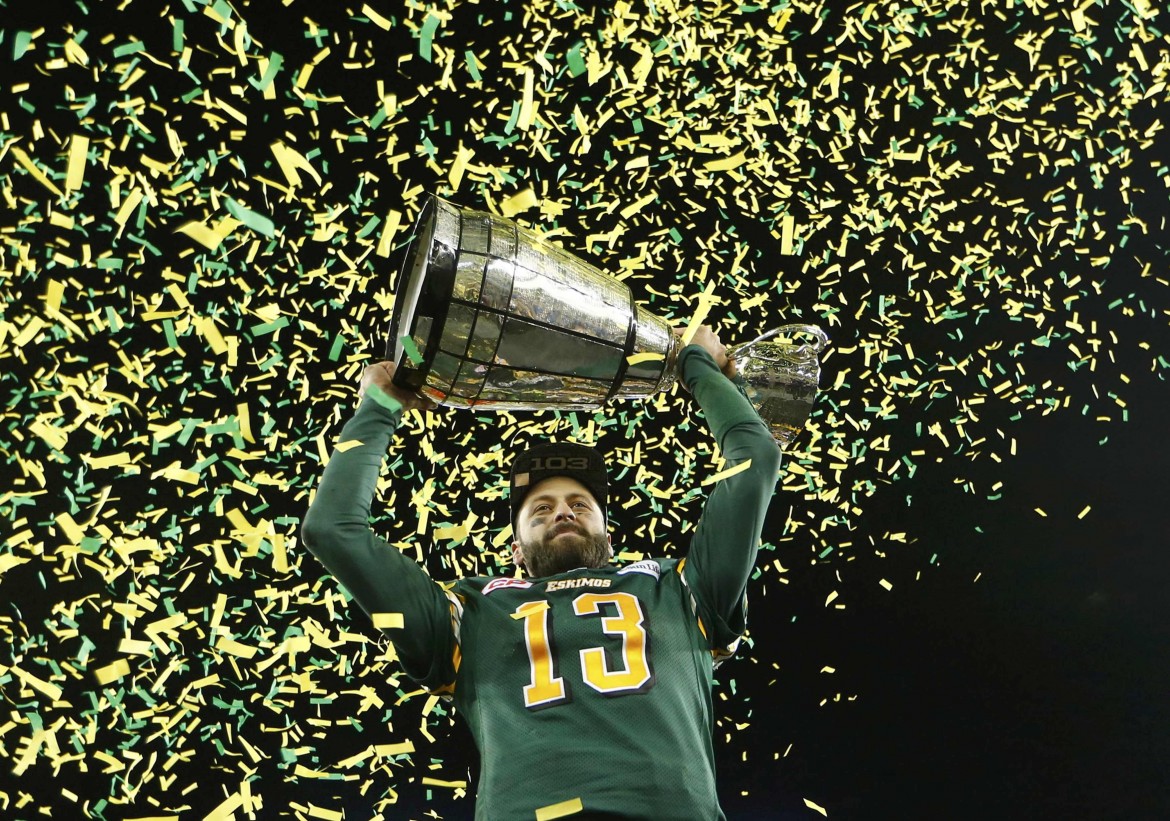 The City of Champions can add another championship victory to its resume.

After a late fourth quarter touchdown run by running back Jordan Lynch, the Edmonton Eskimos shut down league MVP Henry Burris and the Ottawa Redblacks to win the 103rd Grey Cup 26-20 Sunday night in Winnipeg.

The win was Edmonton’s first Grey Cup victory in a decade, and 14th in franchise history, bringing them to just two back of the Toronto Argonauts’ record of 16.

Reilly would go on to win the Grey Cup MVP award, finishing the game with 269 yards and two touchdowns on 21-of-35 passing.

The top Canadian of the game was awarded to the Eskimos’ Shamawd Chambers, who caught two passes for 49 yards.

While the final score was close after a back and forth battle, it didn’t have everyone in Canada enthralled.

What a boring second half to Grey Cup. Neither team could do much. Congrats to both teams though.

For some, the half time show performance by Fall Out Boy was a the highlight of the night:

At risk of sounding like a preteen I thought Fallout Boy was quite good.Now let's go Redblacks! Light 'em up up up.#GreyCup

The exciting finish put an end to a largely disappointing CFL season.

The league saw a 15 per cent dip in television ratings during the regular season.

In a state-of-the-league news conference prior to the Grey Cup, the new CFL commissioner Jeffrey Orridge attributed the rating drop to increased competition.

“It’s my belief this was a perfect storm,” said Orridge. “We faced unprecedented competition from the Pan Am Games in Canada, the Women’s World Cup in Canada, and the Blue Jays’ surge.”

The attendance figures for the league as a whole was down more than two per cent from 2014.

What’s more worrisome is that attendance decreased even in winning markets.

The Edmonton Eskimos, who ended up winning the Grey Cup, saw their attendance drop almost six per cent. That translates into almost 2,000 fewer people at each game this season.