E-Waste Collection week comes to an end at Humber 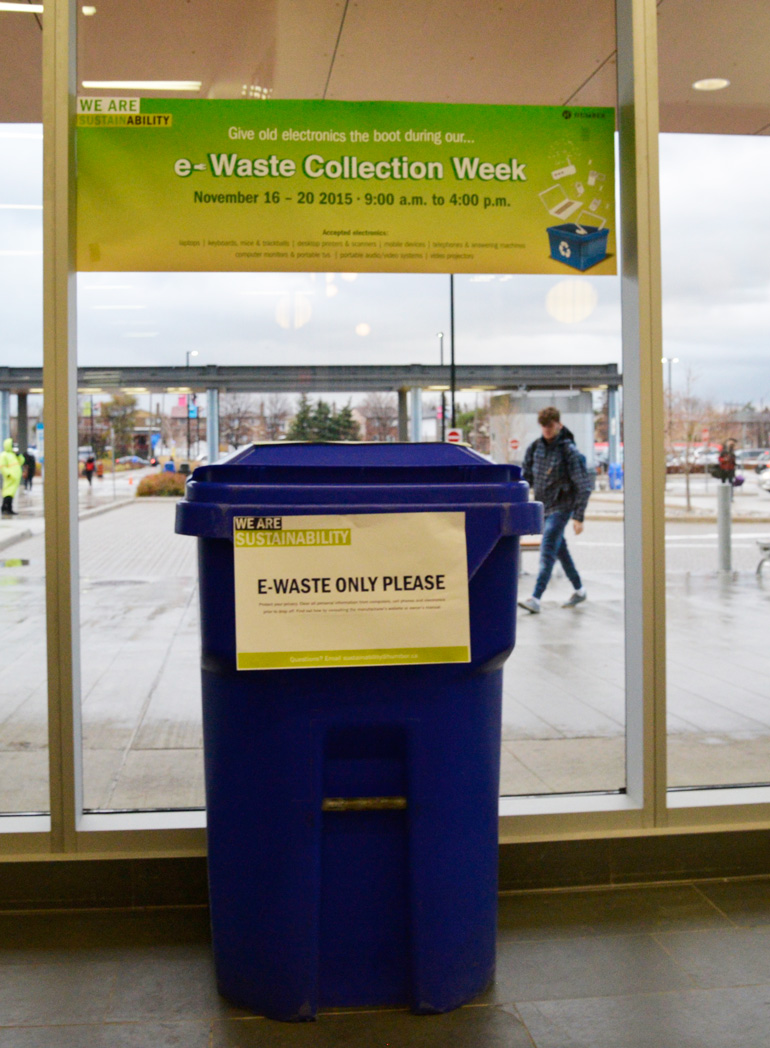 A one week campaign to encourage the Humber community to safely recycle electronic waste wraps up on Friday.

The college held E-Waste collection week from Nov.16-20 and Amelia Velasco, manager of sustainability, said there were two collection bins, one at the Lakeshore and one at the North campus.

Students have been able to drop of old electronics, such as computers, portable audio systems and MP3 players.

In 2013, Statistics Canada conducted a survey which showed that ten provinces recycled their old computers and other electronics at e-waste sites.

The City of Toronto website offers information on drop-off depots, and options for curbside pick-up.