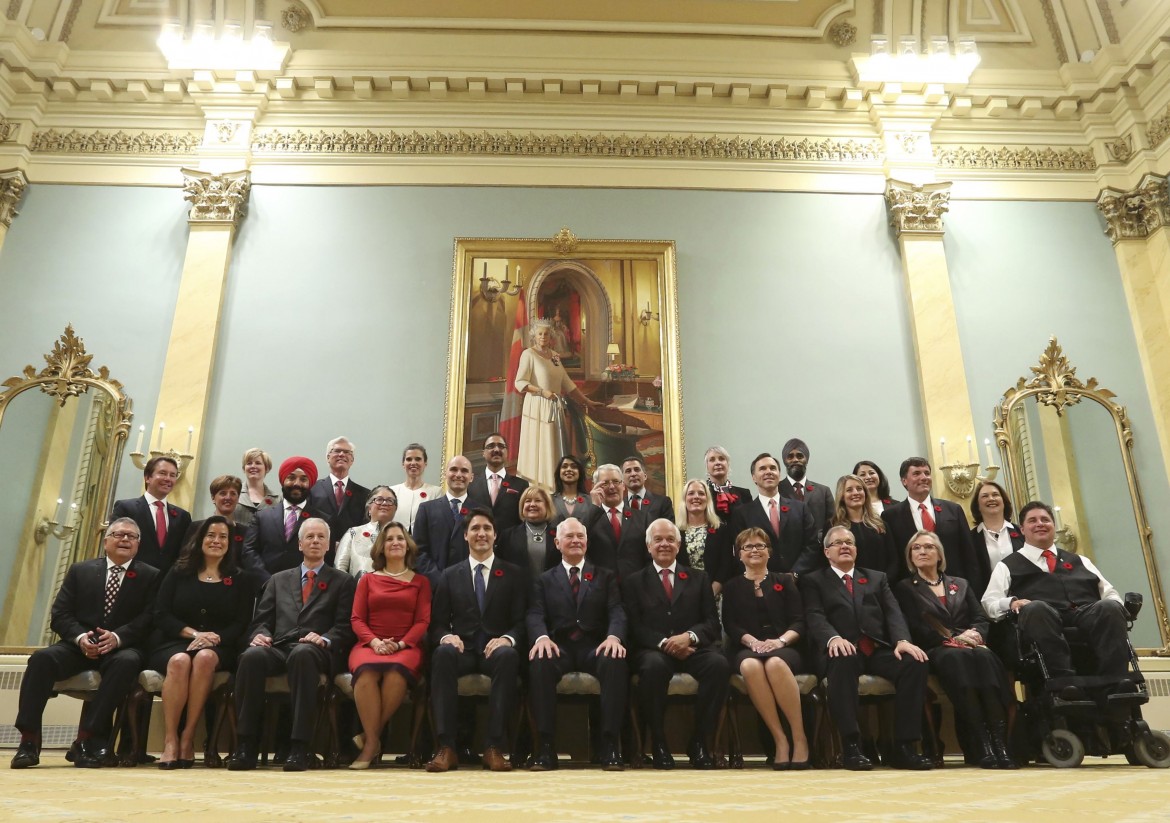 After Justin Trudeau’s promises of gender, cultural and regional equality, the cabinet members appointed Wednesday look much different than those of the last cabinet.

Trudeau’s 31-member cabinet will be a noticeable reduction in size from Stephen Harper’s, which had 39 members, but it is something that can be expected of a new government.

“Every new Prime Minister comes in with a smaller cabinet to make it seem like they’re streamlining more efficient thinking about the public purse compared to the last government,” said Nelson Wiseman, director of Canadian studies at the University of Toronto.

What does set this new cabinet aside is its diverse makeup and gender equality. Trudeau is the first Canadian Prime Minister to appoint an equal number of men and women to his cabinet.

“I think the most significant aspect is (that) it will pressure subsequent governments to try and do the same thing,” said Wiseman.

Leslie spent 35 years with the Canadian Armed Forces but it was not enough to net him the expected defence portfolio in the new Liberal cabinet.

Blair on the other hand, who served as Toronto’s police chief for the last ten years and was elected as MP for the first time in Scarborough-Southwest, had one of the most recognizable names for the Liberal caucus but was also left out.

With snubs come surprises, including 18 rookie MPs who are now members of the cabinet after being elected for the first time on Oct. 19.

Born in India, Harjit Sajjan is a decorated veteran who earned the Meritorious Service Medal for his efforts to reduce Taliban influence during his three tours serving in Afghanistan. He is a newly-elected MP in Vancouver-South and also the new National Defence Minister of Canada.

Catherine McKenna will be the Minister of Environment and Climate Change and the only cabinet member from Ottawa. The former lawyer, who specialized in several subjects including international trade and constitutional issues, joins 14 other women to make up the first gender-equal cabinet.

There are many people who have been appointed to powerful positions in the cabinet, maybe none more notable than Former Liberal Party Leader Stephane Dion who will tackle the role of Foreign Affairs Minister.

With so many fresh faces in the cabinet, Dion is not going to be the only one with a lot of work to do.

For now these highlights from the new cabinet are a statement of diversity and equality among Canadians, but as the cabinet grows the current balance could be skewed.

“We’ll see, as I expect the cabinet will expand in the coming years probably by another eight or nine members, whether that balance will be maintained,” said Wiseman.