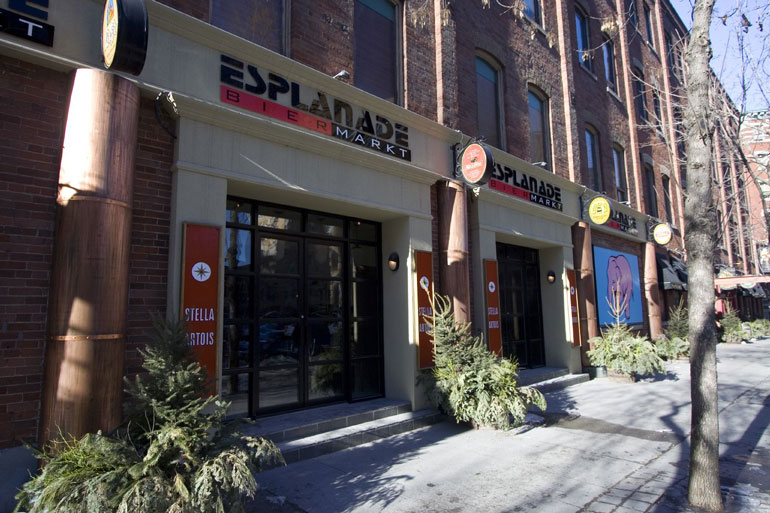 Canadian food company Cara Operations Ltd. has suspended a mandatory dress code for female servers at Bier Markt that employees of the chain said was “sexist and discriminatory.”

The dress code consisting of a short tight dress for female servers was implemented on Oct. 5 and led to 40 complaints to the company’s Human Resource offices across four Ontario and Quebec locations.

The company also owns other major Canadian chains including Milestones, Montana’s Cookhouse and East Side Mario’s.

Tierney Agnus, an employee at Bier Markt’s popular west-end location, spoke about the male employees’ uniform of jeans, a button-down shirt and Converse sneakers, while female servers had to wear the “very tight and skimpy” dress.

Jennifer Quito, labour and employment equity lawyer with Cavalluzzo LLP, says that complaints of this nature against a company’s dress code leaves the employer vulnerable to serious legal action on the basis of human rights.

“Under the Ontario Human Rights code section 5, everyone has the right to equal treatment in employment under many grounds, and obviously one being sex,” said Quito.

“By requiring women to, first of all, only have one option of dress code, and secondly have that option be so clearly sexualized, is a clear violation.”

Quito says it is predominantly a problem with the service industry culture, but the onus to create a comfortable and safe workplace is always on the employer.

The new uniform replaced a gender-neutral dress code of a black polo and dress pants, and immediately prompted one female employee to quit her job after the decision.

“From the outset they need to incorporate a gender-based analysis to their decision so when they roll out their new outfits they need to take responsibility as employers to think of inclusivity,” said Quito.

“They clearly did not take the issue seriously, because not only did they create the dress code, but they mandated the tight dress without any other viable option.”

Humber News reached out to Cara Operations Ltd. for comment, but the company didn’t respond. The restaurant chain operator has only spoken publicly via an email statement that rescinded their dress code in response to Go Public’s investigation.

Part of the bigger sexist culture in the service industry

Quito says that these situations still reflect a culture where “women’s bodies can be used to sell things and can be monetized.”

The restaurant industry that operates on hourly wage and tip payment seems to encourage dress codes that are hyper-sexualized or revealing.

Former employee of another similar chain restaurant Fionn MacCool’s Pub, Emily Vanderkolff, says that her enthusiasm at the new job diminished immediately after trying on the uniform, a short kilt.

“The way the kilt fit with my body shape left me feeling very exposed and uncomfortable,” said Vanderkolff.

“Naturally I opted for the larger size, but that ended up being way too big and it was strongly suggested we not alter our uniforms.”

Vanderkolff felt the mandatory kilt was revealing and uncomfortable, to the point that she was unable to bend down to pick up payment or drop off food or drinks in fear that she would expose herself.

She said that customers and other staff made complaints about the female employees’ dress code.

“Management’s reaction to it all was shockingly cavalier, nothing really seemed to be done to help their female employees feel more comfortable or valued,” she added. “It seemed as though the minority who experienced difficulties with their uniforms were unofficially told to suck it up.”