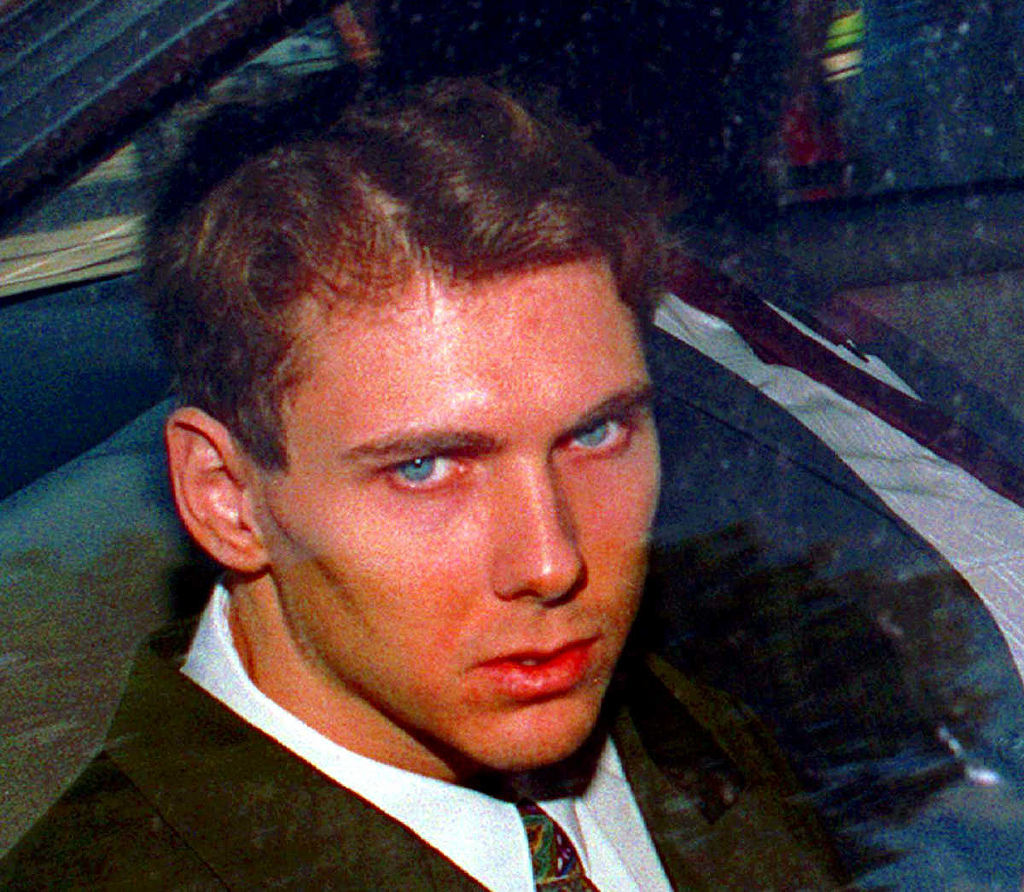 Bernardo, seen here in 1993, rose to notoriety after a long and controversial trial. (Phil Snell / flickr)

A MAD World Order is now available on Amazon for download on Kindle devices.

The e-book is a fictional story about Mason Steele, a social media website owner who gets caught up in a plot to restore Russia’s status as a world power, and features al-Qaeda and the NSA as plot elements.

Reviews for the book posted on Amazon’s website are overwhelmingly negative.

“I am completely disgusted that Amazon would allow a convicted murder of Paul Bernardo’s kind to sell any kind of book on their website,” said one reviewer.

Bernardo and former wife Karla Homolka were convicted of killing Leslie Mahaffy and Kristen French, in 1991 and 1992 respectively.

He is also suspected of many more crimes, including the murder of Homolka’s sister Tammy.

Reaction on Twitter has been similarly critical with many users calling on the online retailer to pull the book.

@amazon you need to STOP selling Paul Bernardo’s book. He’s a disgusting serial killer that should not profit from anything.

Cdn serial killer & rapist Paul Bernardo publishes e-book in prison. Disgusting! I am boycotting @Amazon until it is removed @deals_canada

“I don’t believe in censorship in any way,” Bellinger said. “To blatantly censor someone’s ideas regardless of how psychologically damaged they are or what sort of acts that they’ve committed would be a great crime.”

Bellinger used a historical example to illustrate her point.

“Marquis de Sade was absolutely insane,” she said. “He was publishing horrifying things but (they’re) regarded as amusing pieces of literature today.”

“It still has value as something that’s symptomatic of an individual or a greater experience,” she added.

Advances in modern technology are allowing authors to publish their works with little difficulty.

Anyone who wishes to publish on Amazon Canada can do so in less than 48 hours and earn up to 70 per cent of royalties according to the company’s Kindle Direct Publishing website.