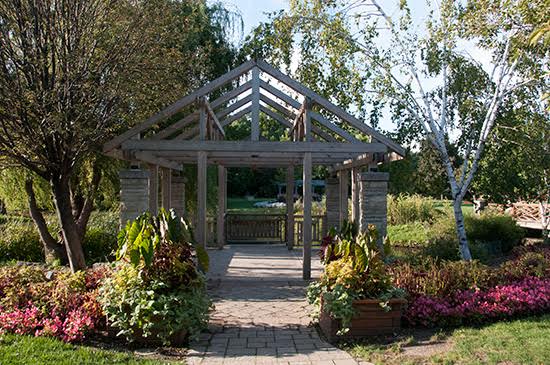 A crisp, autumn day in the Humber Arboretum. (Photo/Shannon MacDonald)

Despite a colder start to fall, an Environment Canada expert said temperatures will warm up to seasonal norms soon.

The weather Thursday morning was just 6C at 6 a.m.

“Through at least the first part of October things are going to be on the cool side,” said Coulson. “[There’s] nothing really winter-like in the forecast for Toronto in the next little while.”

For people like Ivan Nikolainko, a second year Humber computer-programing student, the weather has been enjoyable.

“I must admit I love winter – I love cold, I love snow,” said Nikolainko. “I don’t like summer.”

“I like hiking and camping, which are very good to do when it’s not as hot,” said Nikolainko. “Then when it’s minus 5, minus 10 you can go skiing.”

With Hurricane Joaquin making its way up the Eastern Seaboard, Coulson said southern Ontario can expect rain and heavy winds from that weather system.

The Category 3 storm is currently in the Bahamas and it is expected to make landfall in the United States some time between Sunday and Monday, according to Coulson.

Environment Canada will have a better idea of the winter forecast for the Greater Toronto Area by mid-October, he said.

“There is a very strong El Nino off the western coast of South America that can influence our weather especially in the winter-time in southern Ontario,” explained Coulson.