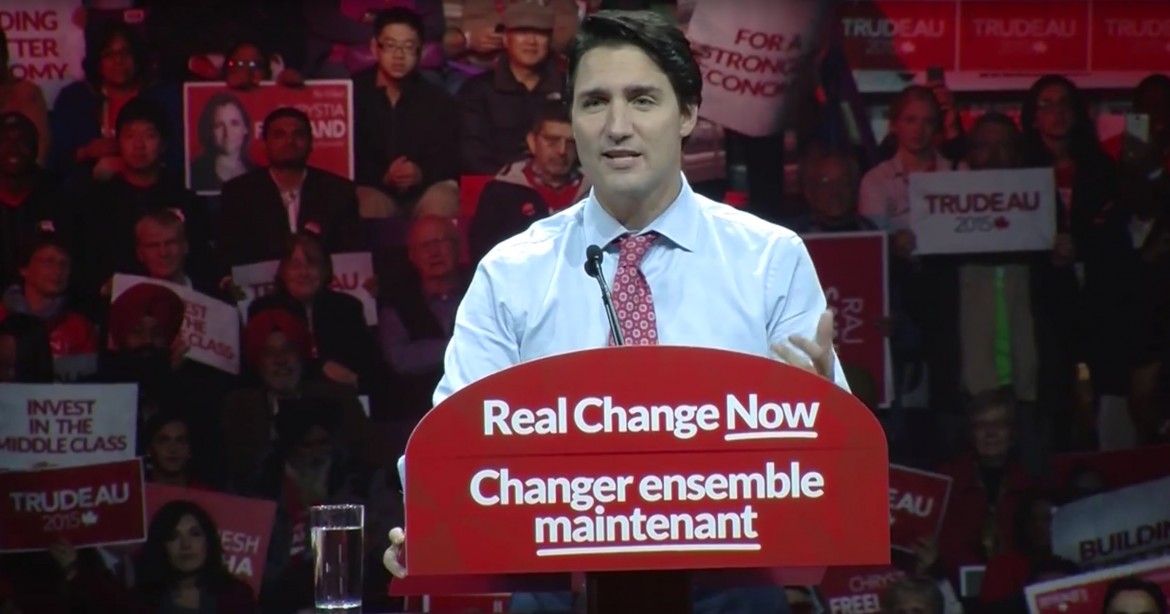 By Christina Romualdo and Nicole Williams

More than 7,000 people trekked to the Powerade Centre in Brampton to show their support for Justin Trudeau and his slate of Liberal candidates.

Party faithful voters and their families packed the arena to hear Trudeau, along with his wife Sophie Grégoire-Trudeau and Olympic medallist Adam van Koeverden, speak about leadership and Canadian values.

The event was Trudeau’s first public appearance after the final leaders’ debate on Friday and marks two weeks until election day.