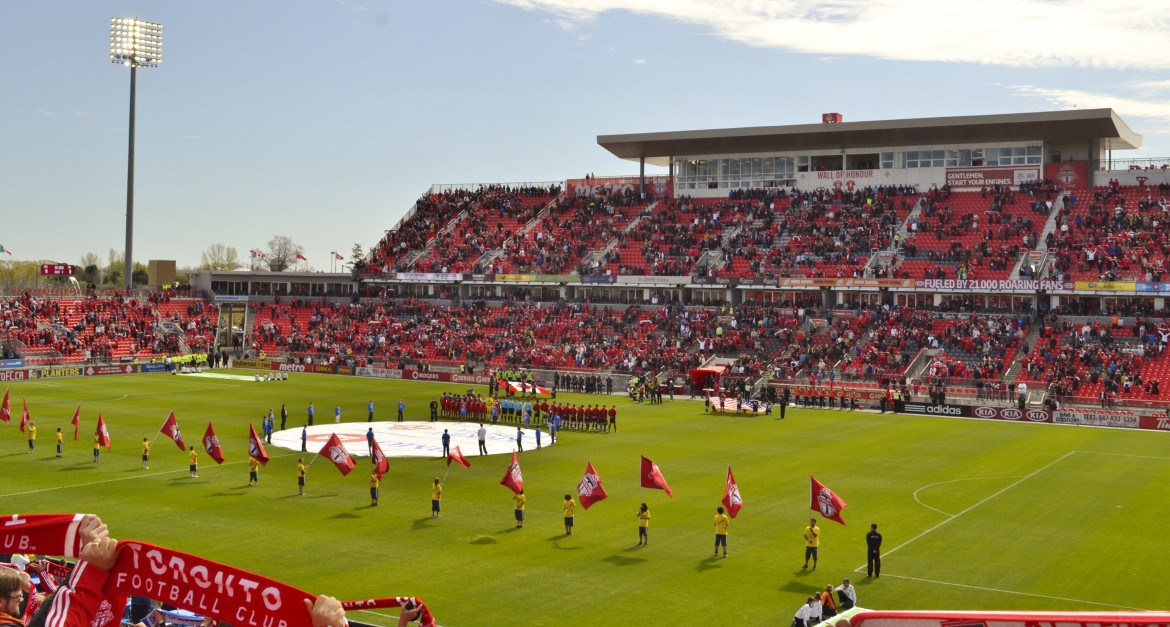 For the first time in club history, Toronto FC has clinched a post-season berth. (Photo/Wikipedia)

Toronto FC fans said there was a “sense of relief” Thursday now that the team has played their way to their first-ever playoff berth.

“It’s been so long, and the road has been so bumpy,” Wagner said.

“There’s a sense of relief.”

Hercules Gomez got things started with a goal to put TFC up 1-0 in the 51st minute on a great low cross from Jackson Goncalves.

A strong effort by Italian star Sebastian Giovinco deking around four different Red Bulls defenders led to the game winning goal late in the game with a sharpshooter’s strike to the far post.

With the score 2-0 thanks to Giovinco’s masterful dribbling and finessed shot in the 78th minute, time proved to be the biggest enemy of New York.

Sean Wright-Phillips put New York on the board in the 86th minute, but it was too late for the Red Bulls.

The victory allowed TFC to play post-season soccer for the first time since the team’s inaugural season back in 2007.

Wagner noted this is not the same soccer club that hometown Toronto fans are used to seeing, adding Giovinco has played a pivotal role.

“We probably had to overpay (to acquire Giovinco) – I know we did compared to other teams,” Wagner said. “But apparently it’s worth it.”

Wagner said he was optimistic that Toronto FC could go deep into the playoffs.

“We’ve got Giovinco, the clear MVP of the league,” Wagner said. “Yesterday, [during] the first half, we didn’t even play our stars and we were able to handle the best team in the East.”

TFC still has two games left on their regular-season calendar.

Toronto will host Columbus at BMO Field in their next game Saturday. Their last game of the regular-season will be eight days later, Oct. 25 in Stade Saputo against Montreal Impact.