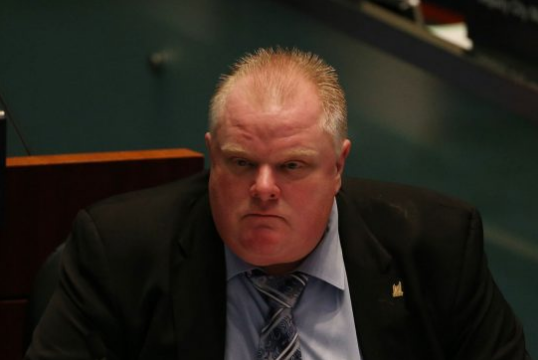 An explosive book written by Rob Ford’s former chief of staff will be released later this month.

Mayor Rob Ford: Uncontrollable: How I Tried to Help the World’s Most Notorious Mayor, exposes the self-destruction and humiliation during his time as Toronto’s civic leader from 2010 to 2014.

Ford’s former chief of staff, Mark Towhey, talks about his days being spent on damage control, dealing with his public embarrassment or drug fueled late night phone calls from Ford.

As Ford’s job as mayor went on, his staff become more exhausted and miserable, but someone had to do it.

“I believe we [on the mayoral staff] did stand up to him in every instance. But it’s important to understand that, while we saw him clearly endangering himself, that’s his choice. He’s and adult”, Towhey said in an interview with Maclean’s.

The book excerpt is a phone call between Towhey and Ford and talks about a fight between him and his wife also with excerpts about drugs and guns.

In another part of the excerpt, Ford talks about his wife taking his gun.

After listening to the fight for an hour and 40 minutes it is now 4:20 a.m. and Ford has finally calmed down, “gotta let you go,” said Ford to Towhey. His phone doesn’t ring again for the rest of the night.

“Ford unceremoniously dumped Towhey not long after the crack scandal broke. But it’s safe to say the chief’s job would have become a living hell if he’d stayed,” said Maclean’s in an article about the book.