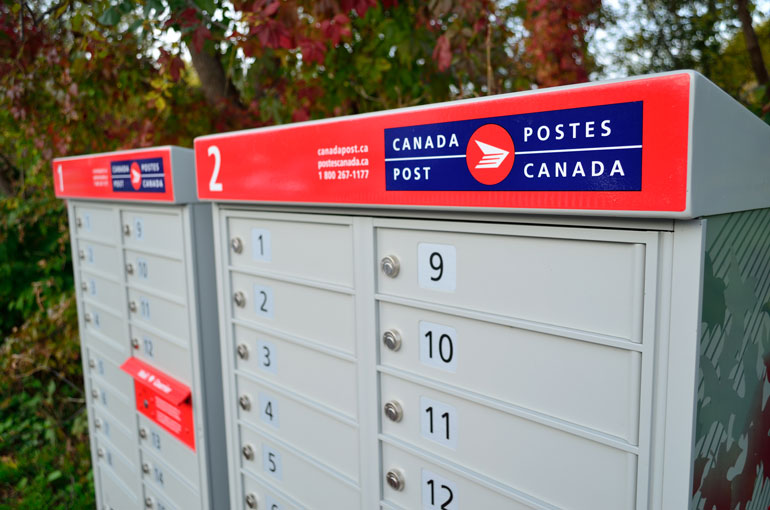 Suspension of door-to-door mail service conversion to community mailboxes will be suspended beginning in November.

Canadian postal workers are breathing a sigh of relief Tuesday over Canada Post’s announcement it will suspend installation of community mailboxes.

“It seems like the government is taking its first steps towards its promise to reverse the conversion. But it’s important to realize this is just the first step,” said Palecek.

For the past two years since it was announced by the Conservative government in 2013 the union has campaigned against the plan to eliminate door-to-door delivery service.

Justin Trudeau’s Liberal party campaigned on reversing the Tory decision saying the move was made without proper public consultation.

Opposition to the community mailboxes has been fierce across Canada, including in Hamilton, Ont., where the city took the crown corporation to court in May. The lawsuits said the conversion plan in the Hamilton area did not respect local regulations.

CARP, the Canadian Association of Retired Persons, has circulated petitions, written letters to the government and held demonstrations across the country.

Douglas Stone, chairman of the Hamilton division of CARP, told Humber News they are very appreciative of the suspension.

“It’s been terrible, with elderly citizens having to walk at least five blocks to get their mail,” said Stone.

It’s a problem that gets worse when the roads and sidewalks become icy, he said.

“There are many things the government still has to get organized,” said Stone, who said he is not expecting to see changes until the spring.

Canada Post said it will suspend all conversions planned for November, December and those announced for 2016.

Monday’s statement said the process of suspension covers 460,000 addresses and those affected will receive a letter in the mail.

“We will work collaboratively with the government of Canada to determine the best path forward given the ongoing challenges faced by the Canadian postal system,” said Canada Post in a prepared statement.

Palecek said the Harper government was moving towards privatizing the state owned mail service in order to sell it off.

“It’s about more than just door-to-door delivery,” said Palecek. “It’s about narrowing hours of service and reducing service obligations for whatever company wanted to buy it.”

In its most recent annual report from Canada Post, the crown corporation said it made a $299 million profit from its operations in 2014, a dramatic increase from a $193 million loss the year before.