Police agencies work together to bust suspects in sex trafficking 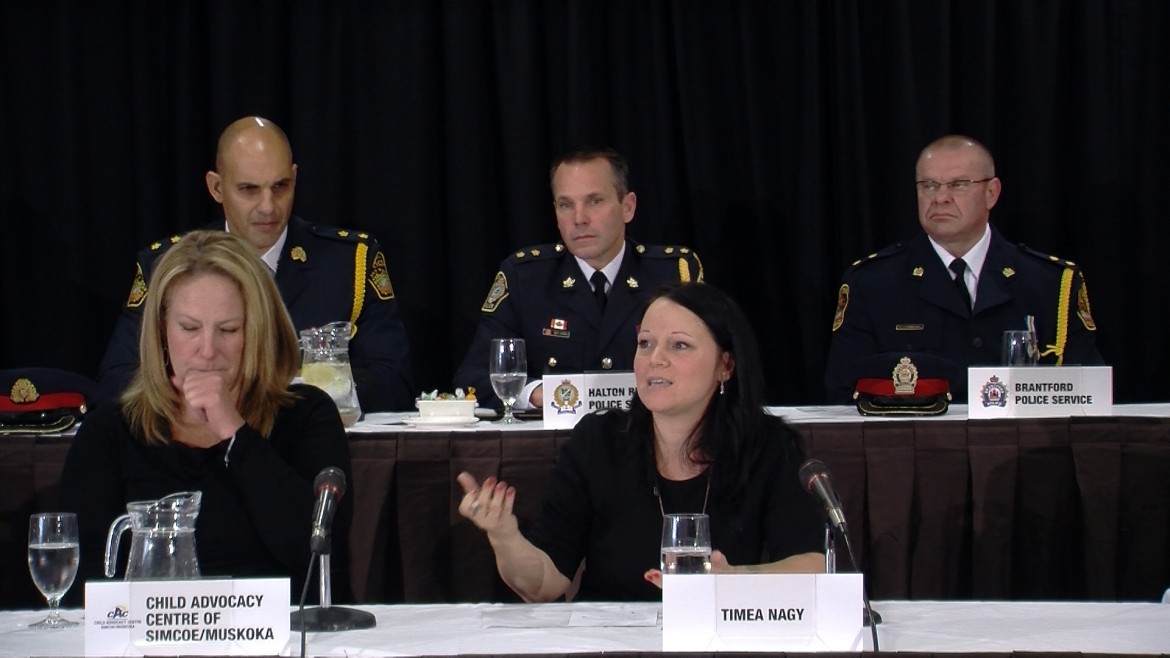 Police have charged 47 people with 135 offenses related to sex trafficking, and 20 victims including children were rescued.

Operation Northern Spotlight; a network of 40 police agencies from Canada and the U.S., held a press conference on Thursday detailing a crackdown on human trafficking in early October.

The Federal Bureau of Investigation conducted Operation Cross Country IX, around the same time, which led to the arrest of many suspects and the rescue of many children. The OPP said most of the victims were under 19, some were as young as 14.

“The chains are not on our hands, it’s in our brain,” said Timea Nagy who became a victim of human trafficking. Nagy came to Canada from Hungary when she was 20.

“I came to Canada thinking I’d be doing janitorial work, maybe babysitting, and when I got to the airport with no English, I was informed that I was actually there to do exotic dancing,” she said.