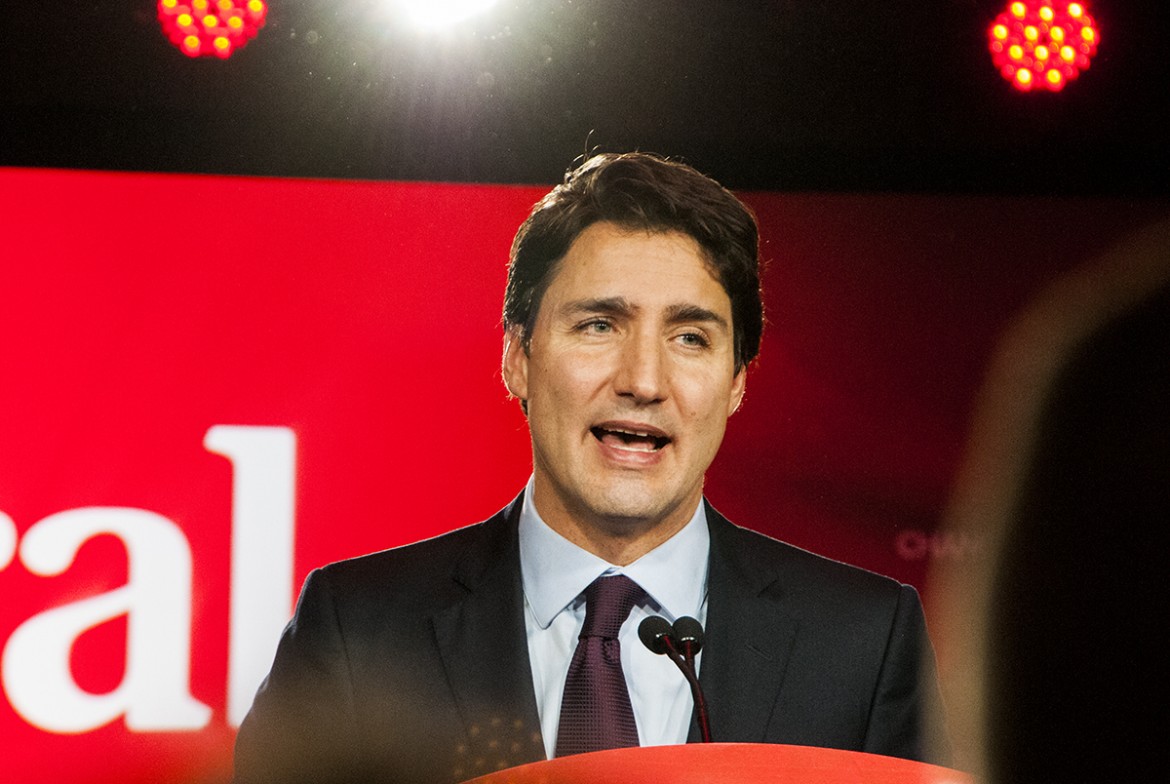 Liberal headquarters in Montreal was filled with passionate Canadians who were inspired by change on election night.

It was a busy night for Justin Trudeau and the Liberals who won a clear majority government and started the first Canadian political dynasty.

The Fairmont Queen Elizabeth Hotel, where the event took place, accommodated a diverse group of Canadians who came out to show their support for the Liberals.

Election results came in and the Liberals picked up speed in Atlantic Canada and steam rolled through the rest of the country.

With excitement in the air, much of the night was spent waiting for Trudeau.