MPP looks to include same-sex parents in birth registration law 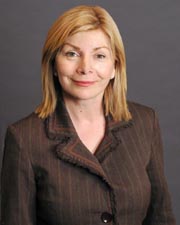 Many modern parents are square pegs that don’t fit into round holes. The Ontario birth certificate form is currently full of circles.

NDP MPP Cheri DiNovo is trying to change the shape of the province’s outdated legislation by tabling a private member’s bill that will make birth registration services equal for LGBTQ families.

“Let’s get rid of the red tape and give queer and trans parents the recognition they need to care for their children,” DiNovo said.

A lag in Ontario’s Children’s Law Reform Act (CLRA) has led to the bizarre situation of mothers or fathers having to adopt their own children because the existing registration law presumes that only one man and one woman can be parents.

“We have to change the laws to reflect reality,” DiNovo said.

Her bill, called the Cy and Ruby’s Act, would mirror legislation passed in British Columbia in 2014 by making all reference to parents’ gender neutral. It would also allow for more than two parents to be listed on registration forms.

Toronto lawyer Joanna Radbord had a baby with her same-sex partner, but had to go to court to be recognized as a family. She said it was highly offensive to have to adopt their own child.

“In Ontario, we’re leaders in terms of equal marriage but we haven’t addressed the parentage issues,” she said. “Our children’s interests are at stake. It’s unacceptable. It creates a poisoned, unfriendly environment for LGBTQ families.”

She explained that in order to ensure full family security, same-sex couples have to hire a lawyer and get an adoption order or a declaration of parentage.

Radbord, who worked on the case that led to the province’s recognition of same-sex marriage 12 years ago, is now working alongside DiNovo and said her bill involves more than just amending the forms.

“It’s a question of the CLRA being based on only one idea of how families are made,” she said. “Unless you’re a cisgendered man who has a baby with a cisgendered woman, you’re not included. “

She said the current legislation is very confusing. As it stands, if a birth mother in a lesbian couple was having problems in labour, the sperm donor would actually have more legal standing than her partner.

“For anyone who has a stressful birthing experience, at a moment when they should be focused on their spouse’s well-being, they’re faced with additional anxiety about their uncertain legal relationship with their child,” she said.

Queer parenting programs coordinator at The 519 LGBTQ advocacy group Chris Veldhoven said birth registration for same sex-couples and trans parents involves a lot of stress, anxiety and financial commitment that other people don’t have to face.

“It affects their sense of security. During a particularly vulnerable time, people aren’t recognized as parents,” he said.

He said the Human Rights Code now protects Ontarians in terms of gender identity and gender expression, and that birth registration laws need to follow suit.

One of the mottos at 519 is “families define themselves.” Veldhoven said DiNovo’s bill will ensure all parents are able to see themselves in Ontario’s paperwork.

“This is the next step in Ontario to try and bring our law in line with human dignity and complexity,” he said.

DiNovo will table the bill later this week. She calls it a “no-brainer.”