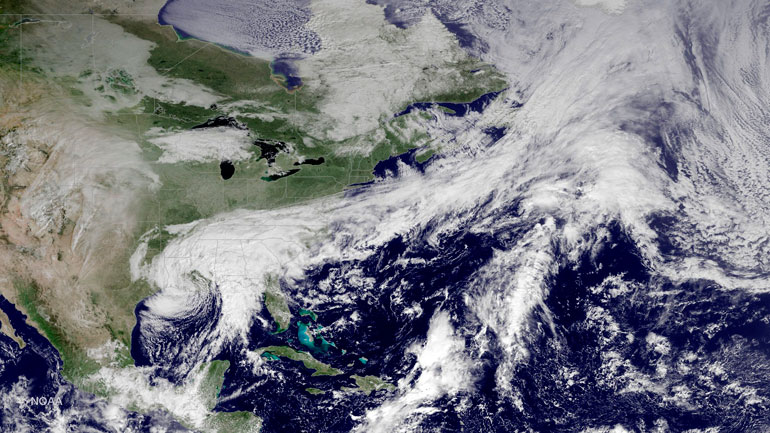 Extreme precipitation and high gusts of wind are expected in Toronto as several storm patterns will merge over Southern Ontario on Wednesday.

The GTA is set to receive rainfall between 20-50 mm with accompanying high gusts of winds up to 70 km/hr.

Frederic Fabry, a professor of Radio Meteorology and Precipitation Physics at McGill University, told Humber News that the low pressure system forming in the GTA is the result of circulations of many storms.

“The idea that the storm coming in to Toronto is remnants of Hurricane Patricia is partly correct, but it is more due to a storm coming from the prairies,” said Fabry.

“It is a coincidence that there is a merger of the two storms that is heading toward Southern Ontario … so the rainfall is not solely the remnants of the hurricane, but a growing storm that is being fed by strong winds and high moisture,” he said.

Patricia was originally a Category 5 storm generating strength from the warm ocean temperatures off the Gulf of Mexico.

It made landfall on the coast of Mexico last Friday, but lost strength.

Once the remnants of Patricia crossed the Texas Gulf Coast, the storm soaked parts of Texas with 51 cm of rain.

The extreme precipitation constituted as a flash flood in Texas and moved past quickly, hitting other southern states by Monday night.

City halls across the GTA on Tuesday were cautiously discussing storm management and water mitigation plans as areas brace for three days of consistent rain.

The city of Burlington in 2014 was one of many areas to experience extreme rainfalls within a 24-hour-period.

Major highways were shut down after drivers were stranded, while Burlington homeowners and business owners experienced severe infrastructure damage due to flooding.

Burlington’s Communications Office on Tuesday was putting together a news release for the Halton Region to address public concerns on Wednesday’s expected heavy rainfall.

“We currently have staff inspecting and clearing all major inlets and outputs of our drain (stormwater) systems, as well as clearing debris and blockages from any crates,” he said.

Black said the precautionary methods also include the necessary communication to residents who may require public updates on road closures or other maintenance issues.

But experts say there is a distinct difference between the precipitation the GTA is set to receive Wednesday and the dangerous levels of rainfall in the 2014 flood.

“A summer and a half ago there was a huge thunderstorm that hit down in Toronto and caused flash flooding because it was much more precipitation in a very short amount of time,” said Fabry.

“If there is flooding in the Toronto area after the nature of Wednesday’s storm, it will be because of another reason.”

The heavy rain will begin Wednesday and is expected to stop by Saturday afternoon.